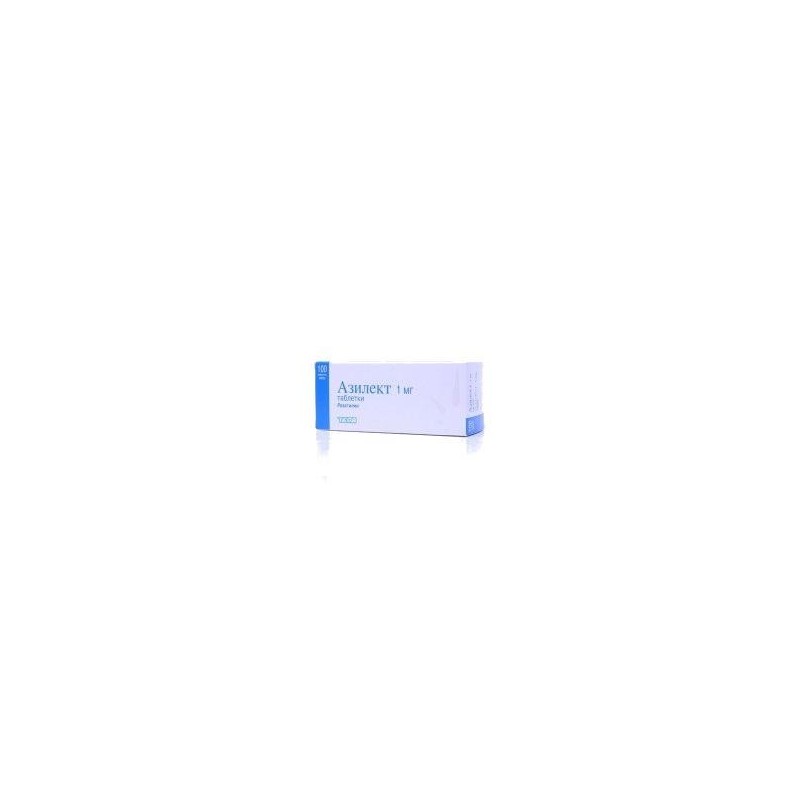 Rasagiline is a selective, irreversible inhibitor of MAO type B, an enzyme that 80% determines the activity of MAO in the brain and the metabolism of dopamine. Rasagiline is 30–80 times more active in relation to MAO-B than to another type of this enzyme, MAO-A.

As a result of the inhibitory effect of the drug on MAO-B in the CNS, the level of dopamine increases, the formation of toxic free radicals decreases, the excessive formation of which is observed in patients with Parkinson's disease. Rasagiline also has a neuroprotective effect.

Unlike non-selective MAO inhibitors, the drug in therapeutic doses does not block the metabolism of biogenic amines ingested with food (for example, tyramine), and therefore does not cause tyramine-related hypertensive syndrome ("cheese effect").

Monotherapy or combination therapy for Parkinson's disease (with levodopa preparations).

Orally, regardless of the meal, at a dose of 1 mg 1 time per day, both in monotherapy and in combination with levodopa.

Dose adjustment in elderly patients is not required.

The use of rasagiline in patients with moderate and severe liver failure is contraindicated.

When applying rasagiline in patients with mild hepatic impairment, caution should be exercised. If during the treatment with rasagiline progression of liver failure to a moderate degree is noted, the use of the drug should be discontinued.

Dose adjustment is not required.

The listed side effects were encountered with a frequency of more than 1/100, side effects occurring with a frequency of 1/100 - 1/1000 are indicated as rare.
With monotherapy rasagiline:
From the nervous system: headaches, depression, dizziness, anorexia, seizures, rarely: cerebral circulation.
From the gastrointestinal tract: loss of appetite, dyspeptic symptoms.
From the musculoskeletal system: arthralgia, arthritis, pain in the neck.
On the part of the skin: vesicular globular rash, contact dermatitis; rarely: skin carcinoma.
Since the cardiovascular system: angina, rarely: myocardial infarction.
Other: fippopodobny syndrome, fever, leukopenia, rhinitis, general weakness, conjunctivitis, acute disorders of the urinary system, allergic reactions.
When used with levodopa:
From the nervous system: dyskinesia, muscular dystopia, anorexia, unusual dreams, ataxia, rarely: impaired cerebral circulation.
From the organs of the gastrointestinal tract: constipation, vomiting, abdominal pain, dry mouth.
From the musculoskeletal system: arthralgia, pain in the neck, tendosynovitis.
On the part of the skin: rash, rarely: skin melanoma.
Since the cardiovascular system: postural hypotension, rarely: angina.
Other: accidental drops, weight loss, allergic reactions.
There are two reports about the development of rhabdomyolysis and the violation of the secretion of antidiuretic hormone. Both cases were recorded during post-registration studies without placebo control, developed on the background of a fall and subsequent prolonged immobilization. The relationship between these complications and rasagiline intake cannot be determined.

Due to the fact that the mechanism of action of rasagiline is associated with inhibition of MAO, as is the case with other drugs of a similar mechanism of action, it cannot be prescribed simultaneously with other inhibitors of this enzyme due to the risk of a hypertensive crisis. The combined use of rasagiline with drugs whose mechanism of action includes inhibition of the reverse neuronal seizure of serotonin (fluoxetine, fluvoxamine, etc.), tricyclic and tetracyclic antidepressants, MAO inhibitors, should be avoided, since this may cause the development of a “serotonergic syndrome” that manifests itself in confusion , hypomania, motor restlessness, chills, tremor, diarrhea.If necessary, use by patients receiving rasagiline, such drugs - they are used with caution.
The combined use of rasagiline with sympathomimetic drugs, including ephedrine, pseudoephedrine, contained in preparations for the treatment of rhinitis or the common cold (decongestants) is also not recommended. In addition, the appointment of rasagiline with the analgesic / antitussive drug dextromethorphan and the combined agents containing it are not recommended. Due to the fact that the cytochrome P450 1A2 isoform of the enzyme (CYP1A2) participates in rasagiline metabolism, active inhibitors of this enzyme (for example, ciprofloxacin) can increase the plasma concentration of the drug, which determines caution when combining such drugs with rasagiline.
In patients with Parkinson's disease, the use of levodopa preparations does not affect the clearance of rasagiline.

According to experimental data, rasagiline inhibits prolactin secretion and, thus, can suppress lactation. Information about the penetration of rasagilin into breast milk is missing.

If necessary, the use of rasagiline during breastfeeding is necessary to correlate the expected benefits for mother and child.

The use of rasagiline in the recommended therapeutic dose does not cause a "tyramine syndrome" ("cheese effect"), which allows patients to use food containing meaningful amounts of tyramine (cheese, chocolate, etc.) without any restrictions. The study of the effect of rasagiline on driving a car and controlling other mechanisms was not conducted.

Studies and clinical trials of Rasagiline (Click to expand) 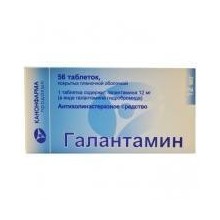 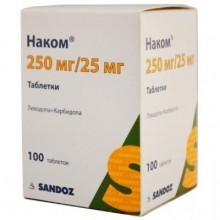 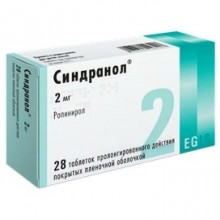 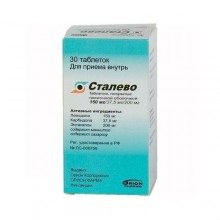 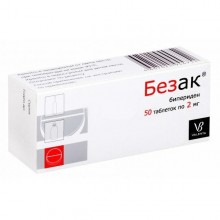 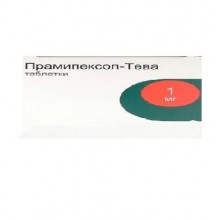