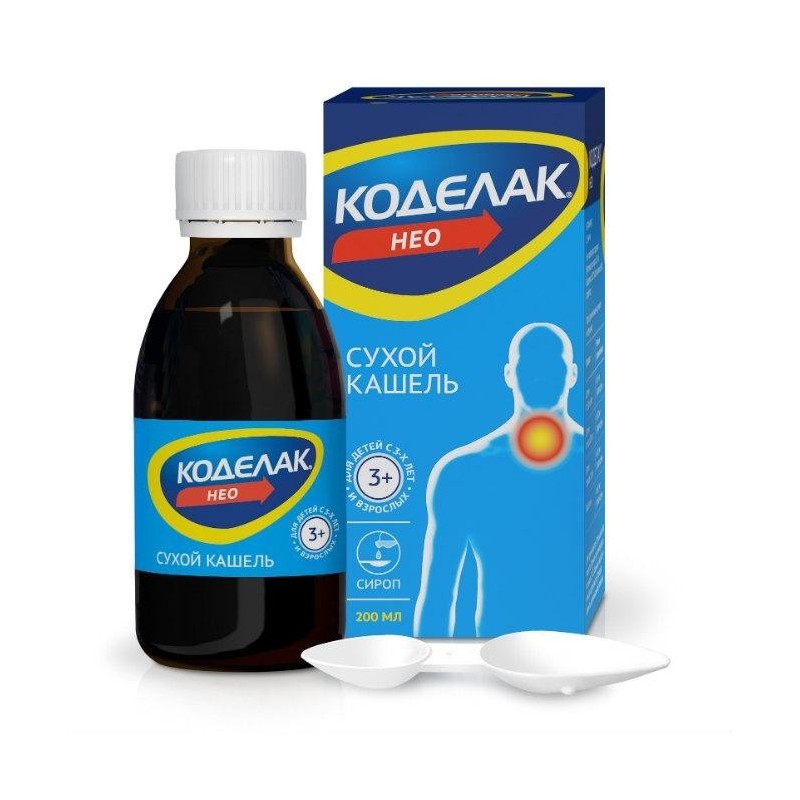 Antitussive non-opioid agent, has a direct effect on the cough center. Butamirate citrate is neither chemically nor pharmacologically related to opium alkaloids. It has an antitussive, expectorant, moderate bronchodilating and anti-inflammatory effect, improves spirometry indices (decreases the resistance of the respiratory tract) and oxygenation of the blood.

Suction. After oral administration, the drug is rapidly and completely absorbed from the gastrointestinal tract. After taking 150 mg butamirata Cmax The main metabolite (2-phenylbutyric acid) in blood plasma is reached in about 1.5 hours and is 6.4 mcg / ml.

Distribution and metabolism. The hydrolysis of butamirate, initially to 2-phenylbutyric acid and diethylaminoethoxyethanol, begins in the blood. These metabolites also have antitussive activity, and, like butamirata, are largely (about 95%) bound to plasma proteins, which makes them lasting T1/2. 2-phenylbutyric acid is partially metabolized by hydroxylation.

When re-taking the drug cumulation is not observed.

Dry cough of any etiology (for colds, flu, whooping cough and other conditions); suppression of cough in the preoperative and postoperative period, with surgical interventions and bronchoscopy.

Butamirate is marketed under different brands and generic names, and comes in different dosage forms:

When taking the drug should use a dimensional device.

From the side of the central nervous system: dizziness, passing when taking the drug or reducing the dose; drowsiness.

On the part of the skin: exanthema.

No drug interactions for butamirate are described. During the period of drug treatment is not recommended to drink alcoholic beverages, as well as drugs that depress the central nervous system (including hypnotics, neuroleptics, tranquilizers).

The penetration of the drug into breast milk has not been studied, so the use of the drug during breastfeeding is not recommended.

There is a danger when using the drug in patients with a tendency to develop drug dependence, with liver diseases, alcoholism, epilepsy, and brain diseases.

Drops for oral administration, syrup. The drug can be used for patients with diabetes, because sucrose or glucose is not used as a sweetener.

Influence on ability to steer vehicles and work with mechanisms. It is recommended to refrain from driving and practicing other potentially hazardous activities that require increased concentration and psychomotor speed, because The drug may cause drowsiness and dizziness.

Studies and clinical trials of Butamirate (Click to expand) 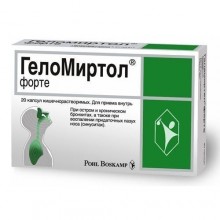 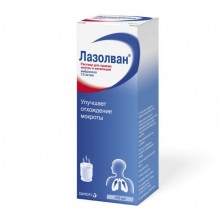 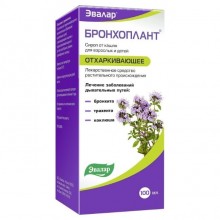 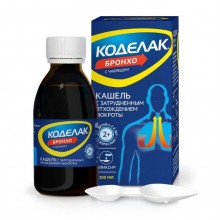 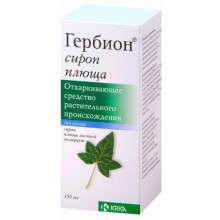 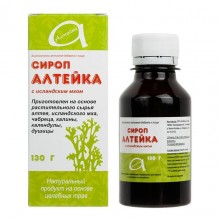 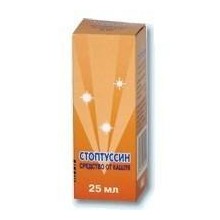 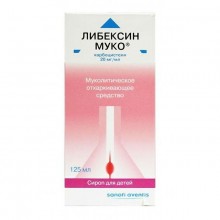