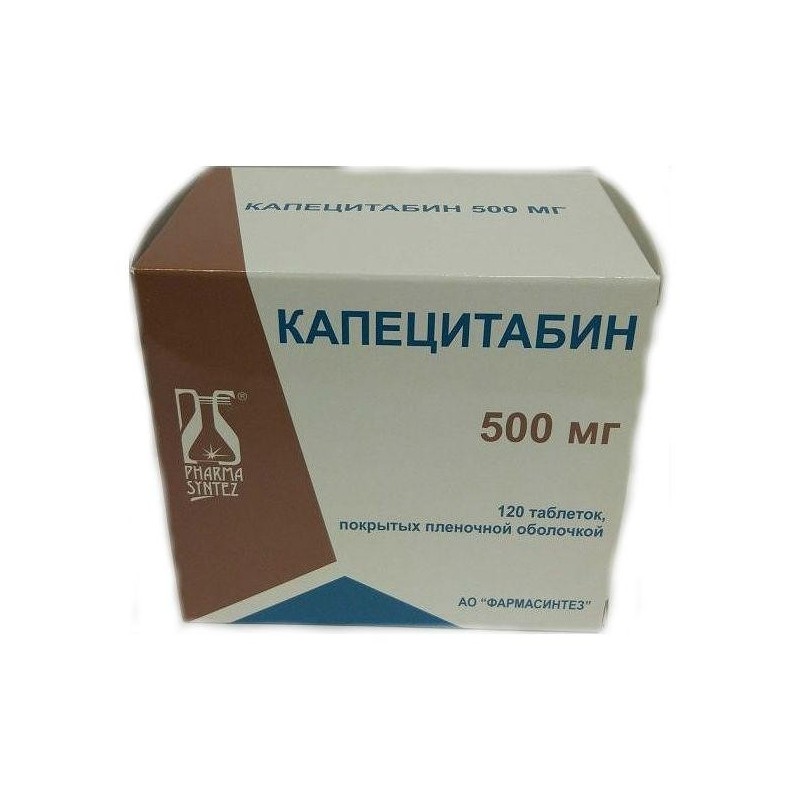 - Combination therapy with docetaxel of locally advanced or metastatic breast cancer with the ineffectiveness of chemotherapy, including the preparation of the anthracycline;

- monotherapy of locally advanced or metastatic breast cancer resistant to chemotherapy with taxanes or anthracycline drugs or in the presence of contraindications to them.

Capecitabine is marketed under different brands and generic names, and comes in different dosage forms:

Inside, drinking water, no later than 30 minutes after eating.

Premedication is carried out before the introduction of docetaxel in accordance with the instructions for its use.

Antiemetics and premedication to ensure adequate hydration are prescribed before administration of cisplatin and oxaliplatin in accordance with the instructions for use of cisplatin and xaliplatin when used in combination with capecitabine.

In adjuvant treatment of colon cancer, the recommended duration of capecitabine therapy is 6 months, i.e. 8 courses.

In combination with cisplatin

In combination with epirubicin and platinum-based drug

At 625 mg / m2 2 times a day in continuous mode in combination with epirubicin (50 mg / m 1 every 3 weeks, IV bolus, starting from the first day of the cycle) and a platinum-based preparation. The drug on the basis of platinum (cisplatin at a dose of 60 mg / m2 or oxaliplatin at a dose of 130 mg / m2) must be administered on the 1st day of the cycle as an IV infusion over 2 hours, then 1 time in 3 weeks.

Toxic effects of capecitabine can be eliminated by symptomatic therapy and / or dose adjustment of the drug (interrupting treatment or reducing the dose of the drug). If the dose had to be reduced, you can not increase it later.

If, according to the evaluation of the attending physician, the toxic effect of capecitabine is not serious or life threatening in nature of the patient, treatment can be continued at the initial dose without reducing or interrupting therapy.

With the disappearance of signs of toxicity or reduction of the latter to the 1st degree, therapy with capecitabine can be resumed in full dose or adjusted according to the recommendations indicated in table 3.

With the development of signs of toxicity of the 4th degree, treatment should be stopped or temporarily interrupted until the relief or reduction of symptoms to the 1st degree, after which the use of the drug can be resumed at a dose of 50% of the initial dose.The patient should immediately inform the doctor about his adverse events. Capecitabine should be discontinued immediately if severe or moderate toxicity occurs. If due to toxic effects several methods of capecitabine were missed, then these doses are not replenished.

In the case of occurrence of toxicity during the combination therapy, the recommendations for capecitabine dose adjustment indicated in Table 3 above and the corresponding recommendations in the instructions for use of other drugs should be followed.

At the beginning of the cycle of therapy, if a delay in taking capecitabine or another (their) drug (s) is expected, all drugs should be postponed until conditions are reached to resume therapy with all drugs.

If, during the cycle of combination therapy, the phenomenon of toxicity, according to the physician, is not associated with the use of capecitabine, then therapy with capecitabine should be continued, and the dose of the other drug should be adjusted in accordance with the recommendations of the instructions for its use.

If another drug (s) has to be withdrawn, treatment with capecitabine can be continued if the requirements for resuming capecitabine therapy are met. These recommendations apply to all indications and all special patient groups.

Use in special patient groups

There is no need to change the initial dose in patients with liver metastases and mild or moderately impaired liver function. However, these patients should be carefully monitored. The use of the drug in patients with severe liver failure has not been studied.

If a patient has an adverse event of 2nd, 3rd or 4th severity, it should be carefully monitored and immediate interruption of therapy should be carried out with a view to further adjusting the dose of the drug in accordance with the recommendations in Table 3. If the calculated creatinine clearance decreased during therapy to less than 30 ml / min, capecitabine therapy should be discontinued. Recommendations for the correction of the dose of the drug with an average degree of renal failure relate to both monotherapy and combination therapy.

The dose calculation is shown in Tables 1 and 2.

The safety and efficacy of capecitabine in children has not been studied.

Correction of the initial dose in monotherapy with capecitabine is not required. However, severe adverse effects of the 3rd and 4th degree associated with the therapy, developed in patients older than 80 years more often than in younger patients.

When treated in combination with docetaxel in patients aged 60 years and older, there was an increase in the incidence of adverse events of grade 3 and 4 and serious adverse events associated with therapy. For patients aged 60 years and older who will receive a combination of capecitabine with docetaxel, it is recommended to reduce the initial dose of capecitabine to 75% (950 mg / m2 2 times a day). The calculation of the dose is given in Table 1. In the case of the absence of manifestations of toxicity, the dose can be increased to 1250 mg / m2 2 times a day.

When treated in combination with irinotecan in patients aged 65 years and older, it is recommended to lower the initial dose of capecitabine to 800 mg / m2 twice a day.

Side effects reported in patients taking capecitabine as monotherapy

Disturbances of the organ of hearing and labyrinth disorders: infrequently - vertigo, pain in the ears.

Disorders of the liver and biliary tract: often - a change in liver function tests; infrequently - jaundice.

Disorders of the genital organs and breast: infrequently - vaginal bleeding.

Impact on the results of laboratory and instrumental studies: often - hyperbilirubinemia.

The following adverse reactions are manifestations of toxicity, known for therapy with fluoropyrimidines; At least an indirect association between the development of such reactions and the use of capecitabine was reported in less than 5% of patients who participated in 7 completed clinical studies (N = 949):

infectious and parasitic diseases: infectious complications associated with myelosuppression, immunosuppression and / or mucositis, such as local and fatal systemic infections (bacterial, viral, or fungal etiology) and sepsis;

disorders of the blood and lymphatic system: anemia, myelosuppression / pancytopenia;

violations of the skin and subcutaneous tissues: itching, focal peeling of the skin, skin hyperpigmentation, changes in the nails, photosensitivity reactions, radiation dermatitis;

disorders of the organ of vision: eye irritation;

disorders of the respiratory system, organs of the chest and mediastinum: shortness of breath, cough;

disorders of the musculoskeletal and connective tissues: arthralgia, myalgia, back pain;

common disorders and disorders at the injection site: chest pain (non-cardiac etiology), pain in the extremities.

Capecitabine use in combination therapy

The safety profile did not differ when prescribed for various indications and with various combinations, but the adverse reactions listed in monotherapy can be observed with greater frequency when capecitabine is used in combination therapy.

Below are the adverse reactions that were observed in addition to those with monotherapy:

Disorders of the organ of hearing and labyrinth disorders: often - tinnitus, hearing loss;

Both in clinical studies and outside of them, cases of liver failure and cholestatic hepatitis were recorded. A causal relationship with capecitabine has not been established.

With capecitabine therapy in combination with other chemotherapy drugs, often (but less than 5% of patients) reported cases of hypersensitivity reactions (2%) and ischemia / myocardial infarction (3%).

Patients with severe diarrhea should be carefully observed, conducting their rehydration and restoring the water-electrolyte balance during dehydration. According to the testimony, it is recommended to take standard antidiarrheal drugs (for example, loperamide) as early as possible.

In addition to the side effects presented in Tables 4 and 5, with monotherapy with capecitabine, the following adverse reactions were observed with a frequency of occurrence of less than 0.1%: cardiomyopathy, heart failure, sudden death and ventricular extrasystoles.

With monotherapy with capecitabine, encephalopathy was observed with a frequency of occurrence of less than 0.1%.

- Hypersensitivity to capecitabine or any other components of the drug;

- hypersensitivity to fluorouracil or in cases of unexpected or severe adverse reactions to the treatment with a history of fluoropyrimidine derivatives;

- an established deficiency of DPD (dihydropyrimidine dehydrogenase), as well as for other fluoropyrimidines;

- simultaneous reception of sarivudin or its structural analogs of brivudin type;

- if there are contraindications to one of the drugs of combination therapy, it should not be used;

- children's age (efficacy and safety of use have not been established).

In patients who took capecitabine concurrently with coumarin anticoagulants (warfarin and fenprocumon), impaired clotting rates and / or bleeding were reported several days or months from the start of capecitabine therapy, and in several cases within one month after termination.

In a study of drug interactions after a single injection of warfarin at a dose of 20 mg, capecitabine increased the AUC of S-warfarin by 57%, and the value of the international normalized ratio (INR) by 91%. In patients taking capecitabine and coumarin anticoagulants, it is necessary to carefully monitor clotting parameters (prothrombin time or INR), the dose of anticoagulant should be selected in accordance with these indicators.

Special studies of drug interactions of capecitabine with other drugs metabolized by the cytochrome P450 CYP2C9 isoenzyme of the system have not been conducted. Caution should be exercised when applying capecitabine with these drugs.

The literature describes the clinically significant drug interaction of sarivudine and FU, which is based on the inhibitory effect of sarivudine on DPD. This interaction can lead to a fatal increase in the toxicity of fluoropyrimidines.Therefore, capecitabine should not be administered at the same time as sorivudine or its structural analogs of brivudine type. There should be at least a four-week interval between the end of therapy with sarivudine or its structural analogues (including brivudine) and the start of treatment with capecitabine.

The clinically significant effect of bevacizumab on the pharmacokinetics of capecitabine, or its metabolites, is not marked.

The interaction between allopurinol and FU was noted with a possible decrease in the efficiency of FU. Therefore, the simultaneous use of capecitabine and allopurinol should be avoided.

The maximum tolerated dose of capecitabine in monotherapy with a standard dosing regimen is 3000 mg / m2, with combined use of colorectal cancer radiotherapy (with a continuous therapy or 5-day courses from Monday to Friday for 6 weeks) - 2000 mg / m2 in day.

The drug is contraindicated for use during pregnancy and during breastfeeding.

During therapy with capecitabine and for at least 3 months after its termination, reliable contraceptive methods should be used. If pregnancy occurs during the period of treatment, the patient should be aware of the potential threat to the fetus.

It is necessary to conduct a thorough medical monitoring of the manifestations of toxicity in patients receiving capecitabine therapy.

Most adverse events are reversible and do not require the complete abolition of the drug, although it may be necessary to adjust the dose or temporary withdrawal of the drug.

Dehydration: dehydration should be prevented or eliminated at the very beginning of occurrence. Dehydration can quickly develop in patients with anorexia, asthenia, nausea, vomiting, or diarrhea.

Dehydration can cause the development of acute renal failure, in some cases with a fatal outcome, especially in patients with impaired renal function at the time of initiation of therapy or if the patient takes capecitabine simultaneously with drugs with nephrotoxic effects.

With the development of dehydration grade 2 or higher, treatment with capecitabine should be immediately interrupted and rehydration. Treatment cannot be resumed until the completion of rehydration and the elimination or correction of the factors causing it.The dose of the drug should be modified in accordance with the recommendations for adverse events that led to dehydration.

Cardiotoxicity: The spectrum of cardiotoxicity in the treatment with capecitabine is similar to that of other fluoropyrimidines and includes myocardial infarction, angina pectoris, arrhythmias, cardiac arrest, heart failure, and ECG changes. These are not 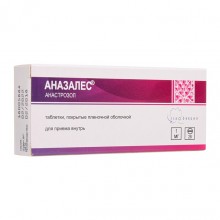 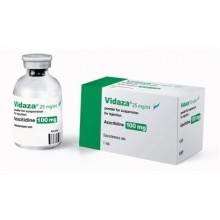 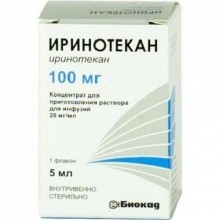 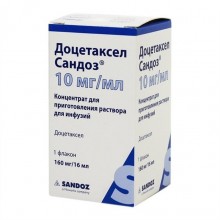 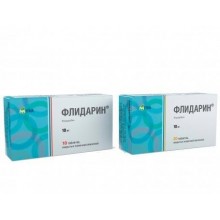 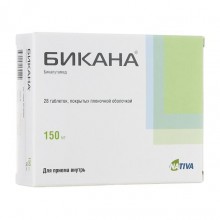 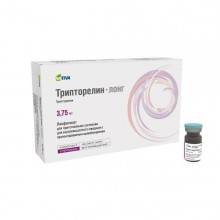