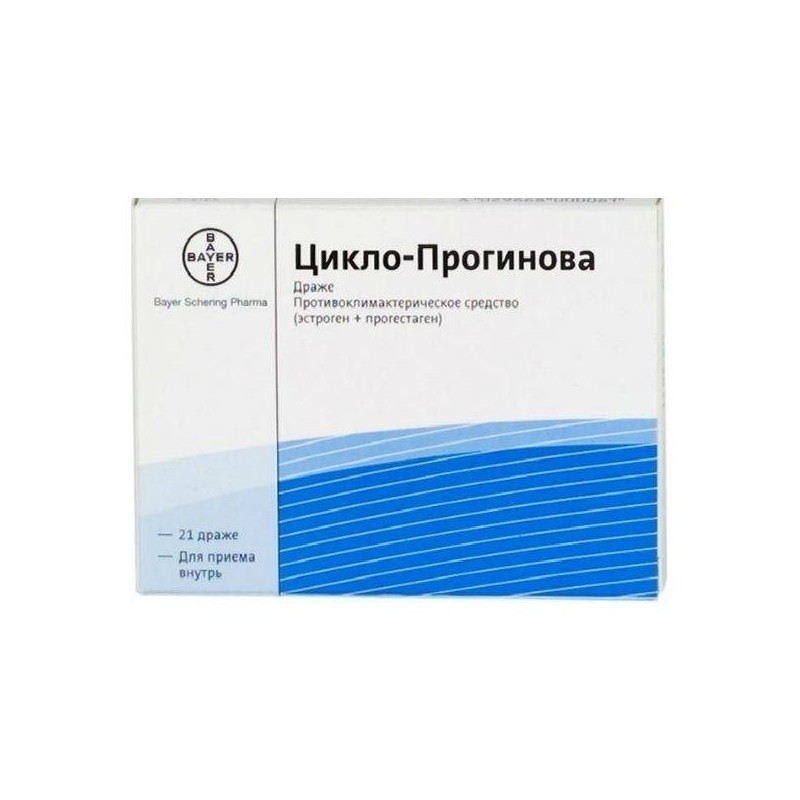 Fills the lack of endogenous estrogen, reduces the level of LDL cholesterol in the blood. Suppresses somatic, mental and other climacteric symptoms during periods of pre- and postmenopause; prevents bone loss and osteoporosis. Hormone replacement therapy reduces the risk of developing cardiovascular diseases; in combination with gestagen - prevents the development of proliferative processes in the endometrium.

Patients with amenorrhea or very rare menstrual periods, as well as postmenopausal women, can begin taking the drug at any time, provided that pregnancy is ruled out.

Each package is designed for a 21-day reception.

Every day, for the first 11 days, take one white dragee, and then, for 10 days, take one light brown dragee each day. After a 21-day drug intake, there is a 7-day break, during which menstrual-like bleeding occurs, caused by drug withdrawal (usually 2-3 days after taking the last bean). After a 7-day break, begin a new packaging Cyclo-progynova®, taking the first dragee on the same day of the week as the first dragee from the previous package.

The time of day when a woman takes the drug does not matter, however, if the dragee is started at any particular time, you should continue to follow it. If the dragee is not taken on time, it should be taken within the next 12-24 hours. If treatment is interrupted for a longer time, vaginal bleeding may occur.

Long-term treatment with drugs that induce liver enzymes (for example, some anticonvulsant and antimicrobial drugs) can increase the clearance of sex hormones and reduce their clinical efficacy. A similar property to induce liver enzymes was found in hydantoins, barbiturates, primidone, carbamazepine and rifampicin, the presence of this feature is also expected in oxcarbazepine, topiramate, felbamate and griseofulvin. The maximum induction of enzymes is usually observed not earlier than in 2-3 weeks, but then it can persist for at least 4 weeks after stopping the drug.

In rare cases, a decrease in the level of estradiol was observed against the background of concomitant administration of certain antibiotics (for example, the penicillin and tetracycline groups).

Substances that are highly conjugated (for example, paracetamol) can increase the bioavailability of estradiol due to competitive inhibition of the conjugation system during the absorption process.

Due to the effect of HRT on glucose tolerance, in some cases, the need for oral antidiabetic agents or insulin may change.

Excessive alcohol intake during HRT may lead to an increase in circulating estradiol levels.

Cyclo-progynova is not used for contraception.

If contraception is necessary, non-hormonal methods should be used (except for the calendar and temperature methods). If pregnancy is suspected, pills should be stopped until pregnancy is excluded (seesection "Pregnancy and lactation").

If any of the following conditions or risk factors are present or worsening, before starting or continuing HRT, the ratio of the individual risk to the benefit of treatment should be evaluated.

In a number of controlled randomized, as well as epidemiological studies, an increased relative risk of developing venous thromboembolism (VTE) was revealed in the presence of HRT, i.e. deep vein thrombosis or pulmonary embolism. Therefore, when prescribing HRT to women with VTE risk factors, the ratio of the risk and benefit of treatment should be carefully weighed and discussed with the patient.

Risk factors for VTE include an individual and family history (the presence of VTE in immediate relatives at a relatively young age may indicate a genetic predisposition) and severe obesity. The risk of VTE also increases with age. The question of the possible role of varicose veins in the development of VTE remains controversial.

The risk of VTE may temporarily increase with prolonged immobilization, “large” planned and traumatic operations or massive injury. Depending on the cause or duration of immobilization, the question of whether to temporarily stop HRT should be decided.

Treatment should be discontinued immediately if symptoms of thrombotic disorders appear or if they are suspected.

In the course of randomized controlled trials with long-term use of combined conjugated estrogens and medroxyprogesterone acetate, no evidence of a positive effect on the cardiovascular system was obtained. In large-scale clinical trials of this compound, a possible increase in the risk of coronary disease in the first year of use was identified. An increased risk of stroke was also detected. So far, no other long-term randomized controlled trials have been conducted with other drugs for HRT in order to detect a positive effect on morbidity and mortality related to the cardiovascular system. Therefore, it is not known whether this increased risk extends to drugs for HRT containing other types of estrogen and progestogen.

According to clinical trials and observational studies, an increase in the relative risk of developing breast cancer in women using HRT for several years has been found. This may be due to an earlier diagnosis, the biological effect of HRT, or a combination of both factors. The relative risk increases with increasing duration of treatment and possibly further increases with the combination of estrogens and progestogens. This increase is comparable to the increase in the risk of breast cancer in women with every year delay in the onset of natural menopause, as well as in obesity and alcohol abuse. The increased risk gradually decreases to the usual level during the first few years after the termination of HRT.

According to research data, breast cancer detected in women taking HRT is usually more differentiated than women not taking it.

HRT increases the mammographic density of the mammary glands, which in some cases may have a negative effect on the x-ray detection of breast cancer.

Against the background of the use of sex steroids, which include drugs for hormone replacement therapy, benign and, even more rarely, malignant tumors of the liver have been observed in rare cases. In some cases, these tumors led to life threatening intra-abdominal bleeding. For pain in the upper abdomen, an enlarged liver, or signs of intra-abdominal bleeding, a differential diagnosis should take into account the likelihood of a liver tumor.

It is known that estrogen increases the lithogenicity of bile. Some women are predisposed to the development of cholelithiasis with estrogen therapy.

Treatment should be stopped immediately, with the first appearance of migraine-like or frequent and unusually severe headaches, as well as with the appearance of other symptoms - possible harbingers of a cerebral thrombotic stroke.

When recurrent cholestatic jaundice or cholestatic pruritus, observed for the first time during pregnancy or prior treatment with sex steroid hormones, it is necessary to immediately stop HRT.

Special attention should be paid to women with moderately elevated triglyceride levels. In such cases, the use of HRT may cause a further increase in the level of triglycerides in the blood, which increases the risk of acute pancreatitis.

Although HRT may affect peripheral insulin resistance and glucose tolerance, it is usually not necessary to change the treatment regimen for diabetics when performing HRT. However, women with diabetes mellitus should be monitored during HRT.

If the treatment of irregular menstrual cycles does not give results, an examination should be conducted to exclude diseases of an organic nature.

Under the influence of estrogen, uterine fibroids may increase in size. In this case, treatment should be discontinued.

It is recommended to stop treatment in case of endometriosis recurrence with HRT.

If you suspect the presence of prolactinomas before the start of treatment, this disease should be excluded.

In some cases, chloasma may be observed, especially in women with a history of chloasma in pregnant women. During HRT, women with a tendency to chloasma should avoid prolonged exposure to the sun or ultraviolet radiation.

The following conditions may occur or be aggravated against the background of HRT. Although their relationship with HRT has not been proven, women with these conditions should be monitored by a physician during an HRT: epilepsy; benign breast tumor; bronchial asthma; migraine; porphyria; otosclerosis; systemic lupus erythematosus, small chorea.

Before starting or resuming HRT, a woman is recommended to undergo a thorough general medical and gynecological examination (including breast examination and cytological examination of cervical mucus), to exclude pregnancy. In addition, violations of the blood coagulation system should be excluded. Periodic control tests should be carried out.

Acceptance of sex steroids can affect the biochemical indicators of liver, thyroid, adrenal and kidney function, the content of transport proteins, such as corticosteroid-binding globulin and lipid / lipoprotein fractions, carbohydrate metabolism, coagulation and fibrinolysis indices.

Studies and clinical trials of Norgestrel, Estradiol (Click to expand) 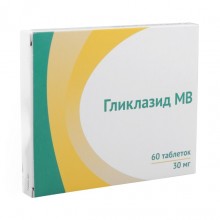 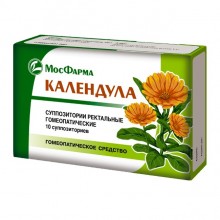 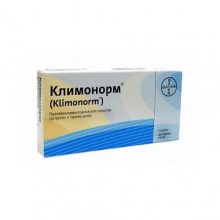 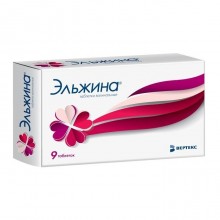 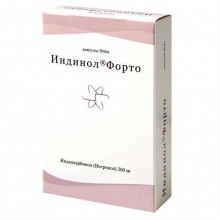 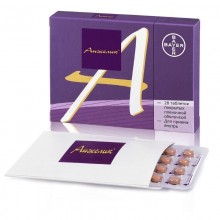 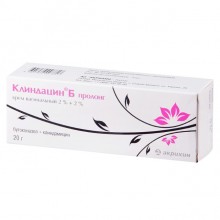 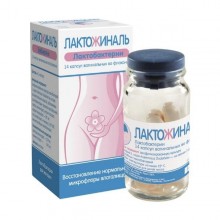 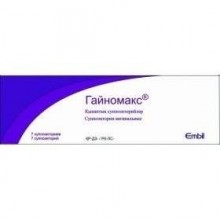