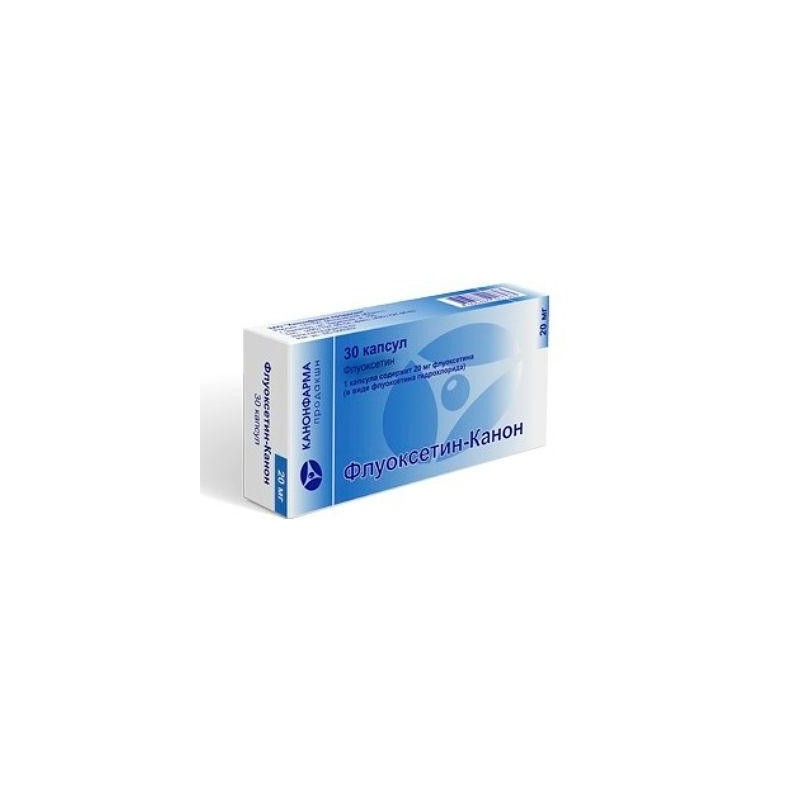 An antidepressant group of selective serotonin reuptake inhibitors. It has thymoanaleptic and stimulating effects.

Selectively blocks the reverse neuronal seizure of serotonin (5HT) in the synapses of the neurons of the central nervous system. Inhibition of serotonin reuptake leads to an increase in the concentration of this neurotransmitter in the synaptic cleft, enhances and prolongs its effect on the postsynaptic receptive regions. By increasing serotonergic transmission, fluoxetine inhibits the neurotransmitter metabolism by the mechanism of negative membrane communication. With prolonged use, fluoxetine inhibits the activity of 5-HT1 receptors. It has little effect on the reuptake of norepinephrine and dopamine. It has no direct effect on serotonin, m-cholinergic, H1-histamine and alpha-adrenergic receptors. Unlike most antidepressants, it does not cause a decrease in the activity of postsynaptic beta-adrenoreceptors.

It is effective in endogenous depressions and obsessive-compulsive disorders. It has anorexigenic effects and may cause weight loss. Does not cause orthostatic hypotension, sedation, non-cardiotoxic. Persistent clinical effect occurs after 1-2 weeks of treatment.

Fluoxetine is marketed under different brands and generic names, and comes in different dosage forms:

The drug is taken orally, at any time, regardless of the meal.

The clinical effect develops within 1-2 weeks after the start of treatment, in some patients it can be achieved later.

Use of the drug by patients of different ages

There are no data on dose changes depending on age. Older patients should begin treatment with a dose of 20 mg / day.

Fluoxetine should be prescribed to patients with impaired liver function or kidney problems with the use of low doses and prolongation of the interval between doses.

When fluoxetine is used, as in the case of using drugs of the group of selective serotonin reuptake inhibitors, the following undesirable effects are noted.

On the part of the immune system: very rarely (≤ 0.1%) - anaphylactic reactions, serum sickness.

Metabolic and nutritional disorders: often (≥ 1% - ≤10%) - anorexia (including weight loss) of the body.

On the part of the endocrine system, there were cases of insufficiency of antidiuretic hormone.

These side effects often occur at the beginning of fluoxetine therapy or with an increase in the dose of the drug.

- simultaneous prim with MAO inhibitors (and within 14 days after their cancellation);

- simultaneous administration of thioridazine (and within 5 weeks after discontinuation of fluoxetine), pimozide;

Suicidal risk: with depressions, there is a likelihood of suicidal attempts that may persist until the onset of persistent remission. Selected cases of suicidal thoughts and suicidal behavior are described against the background of therapy or shortly after its completion, similar to the effect of other drugs of similar pharmacological action (antidepressants). Careful observation of patients at risk is needed. Doctors should convince patients to immediately report any thoughts or feelings that are disturbing.

Epileptic fiddles: fluucetine should be used with caution in patients who have had epileptic seizures.

Hyponatremia: there have been cases of hyponatremia. Mostly similar cases were observed in elderly patients and in patients taking diuretics, due to a decrease in circulating blood volume.

Renal / hepatic impairment: Fluoxetine is metabolized in the liver and excreted by the kidneys and through the gastrointestinal tract. Patients with severely impaired liver function are advised to prescribe lower doses of fluoxetine, or prescribe the drug every other day. When fluoxetine was taken at a dose of 20 mg / day for two months, there were no differences in fluoxetine and norfluoxetine concentrations in the blood plasma of healthy individuals with normal renal function and patients with severe impaired renal function (creatinine clearance 10 ml / min) in need of hemodialysis

Fluoxetine and its main metabolite, norfluoxetine, have long half-life, which must be considered when combining fluoxetine with other drugs, as well as when replacing it with another antidepressant.

Simultaneous administration of drugs metabolized with the participation of CYP2D6 isoenzyme (carbamazepine, diazepam, propafenone) with fluoxetine should be carried out with the use of minimal therapeutic doses. Fluoxetine blocks the metabolism of tricyclic and tetracyclic antidepressants of trazodone, metoprolol, terfenadine, which leads to an increase in their concentration in blood serum, increasing their effect and increasing the frequency of complications.

The combined use of fluoxetine and lithium salts, requires careful monitoring of the concentration of lithium in the blood, because its increase is possible.

With simultaneous use with drugs with a high degree of protein binding, especially with anticoagulants and digitoxin, it is possible to increase the plasma concentration of free (unbound) drugs and increase the risk of adverse effects.

Careful observation of patients with suicidal tendencies is required, especially at the beginning of treatment. The risk of suicide is highest in patients who have previously taken other antidepressants, and in patients who have excessive fatigue, hypersomnia or motor restlessness during treatment with fluoxetine. Before the onset of a significant improvement in treatment, such patients should be under the supervision of a physician.

On the background of electroconvulsive therapy, the development of long-term epileptic seizures is possible.

After discontinuation of the drug, its therapeutic serum concentration may persist for several weeks.

In patients with diabetes mellitus, hypoglycemia may develop during therapy with fluoxetine and hyperglycemia after its withdrawal. At the beginning or after treatment with fluoxetine, it may be necessary to adjust the doses of insulin and / or hypoglycemic drugs for oral administration.

When treating patients with a body mass deficiency, anorexigenic effects should be taken into account (progressive loss of body weight is possible).

While taking fluoxetine, you should refrain from taking alcohol, because The drug enhances the effect of alcohol.

Fluoxetine may adversely affect the performance of work that requires a high rate of mental and physical reactions.

Other serious symptoms of fluoxetine overdose (both when taking fluoxetine alone and when taken with other drugs) included coma, delirium, prolongation of the QT interval and ventricular tachyarrhythmia, including flicker - ventricular flutter and cardiac arrest, decreased blood pressure, fainting, mania, pyrexia, stupor, and a condition similar to neuroleptic malignant syndrome

Studies and clinical trials of Fluoxetine (Click to expand) 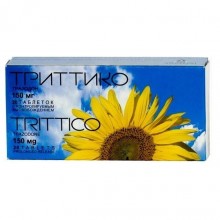 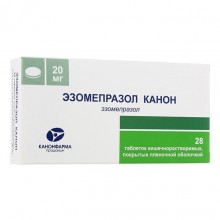 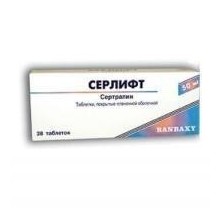 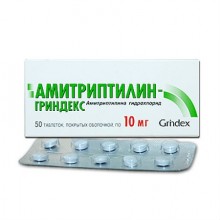 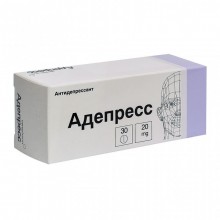