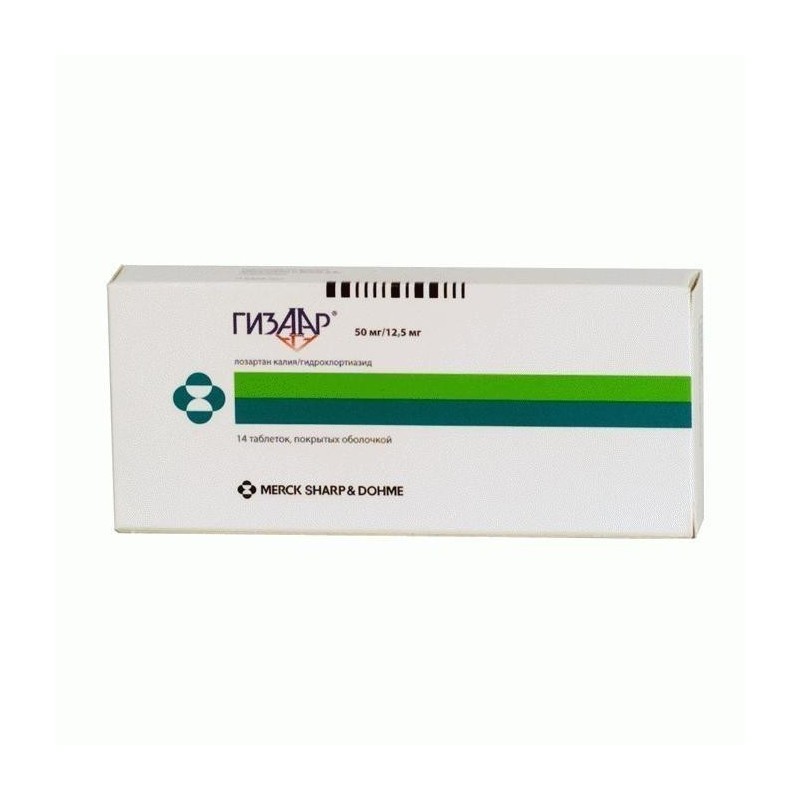 The active ingredients of the drug Hyzaar have an additive antihypertensive effect, reducing the level of blood pressure to a greater extent than each of the components separately. Due to the diuretic effect, hydrochlorothiazide increases plasma renin activity (ARP), stimulates the secretion of aldosterone, increases the level of angiotensin II and reduces the level of potassium in blood serum. Taking losartan blocks all the physiological effects of angiotensin II and, due to the suppression of the effects of aldosterone, reduces the potassium loss caused by the diuretic.

Losartan has a moderate and transient uricosuric effect. Hydrochlorothiazide causes a slight increase in the level of uric acid in the blood; the combination of losartan and hydrochlorothiazide helps to reduce the severity of diuretic hyperuricemia.

Hydrochlorothiazide, Losartan is marketed under different brands and generic names, and comes in different dosage forms:

Hyzaar can be prescribed in combination with other antihypertensive agents. Hyzaar can be taken regardless of the meal.

- To reduce the risk of cardiovascular morbidity and mortality in patients with arterial hypertension and left ventricular hypertrophy. The drug is prescribed in a standard initial dose of losartan, 50 mg 1 time / day. Patients who fail to reach the target values ​​of blood pressure while receiving losartan 50 mg / day require therapy by combining losartan with low doses of hydrochlorothiazide (12.5 mg), and, if necessary, increase the dose of losartan to 100 mg in combination with hydrochlorothiazide in a dose of 12.5 mg / day, in the future - to increase the dose to 2 tab. Hyzaara 50 mg / 12.5 mg (only 100 mg of losartan and 25 mg of hydrochlorothiazide once a day).

In clinical studies with losartan / hydrochlorothiazide, no adverse events specific to this combination preparation were observed.
Adverse reactions were limited to those already reported with losartan and / or hydrochlorothiazide alone. The cumulative incidence of adverse reactions reported with this combination was comparable to that used with placebo. The frequency of discontinuation of therapy was also comparable to that in patients who received placebo. In most cases, adverse reactions were mild, were transient, and did not require discontinuation of therapy.
In controlled clinical trials, dizziness was the only adverse reaction associated with taking the drug, the frequency of which exceeded that when taking placebo more than 1 percent or more.
Losartan in combination with hydrochlorothiazide is generally well tolerated in patients with arterial hypertension and left ventricular hypertrophy. The most frequent adverse reactions were dizziness, weakness, and fatigue.
During the post-marketing experience using the drug, the following additional adverse reactions have been reported.
Allergic reactions and immunopathological reactions: anaphylactic reactions, angioedema, including laryngeal and glottis edema with the development of airway obstruction and / or swelling of the face, lips, pharynx and / or tongue in patients taking losartan; some of these patients had indications of the development of angioedema in the history of using other drugs, including ACE inhibitors. There are rare reports of vasculitis development (including Schoenlein-Henoch purpura) with losartan.
On the part of the digestive system: rarely - hepatitis, diarrhea (in patients taking losartan).
On the part of the respiratory system: possible cough (in patients taking losartan).
Dermatological reactions: urticaria, increased light and photosensitivity.
From the laboratory indicators: in controlled clinical trials on the background of taking Hyzaar®, clinically significant changes in standard laboratory parameters were rarely observed. Hyperkalemia (serum potassium more than 5.5 mEq / l) was observed in 0.7% of patients, which did not require discontinuation of the drug. Increased ALT activity was rarely observed and usually disappeared after discontinuation of therapy.

With caution should use the drug for:

- Violation of water and electrolyte balance (dehydration, hyponatremia, hypochloremic alkalosis, hypomagnesemia, hypokalemia), which can develop against the background of intercurrent diarrhea or vomiting.
- Bilateral renal artery stenosis or arterial stenosis of a single kidney.
- Diabetes.
- In patients with hypercalcemia, hyperuricemia and / or gout.
- In patients with allergic history and bronchial asthma.
- In systemic diseases of the connective tissue (including SLE).
- Hypovolemia (including on the background of high doses of diuretics.
- Simultaneous administration with NSAIDs (including those with COX-2 inhibitors).

- Losartan In clinical studies of pharmacokinetics, no clinically significant interaction of losartan with hydrochlorothiazide, digoxin, warfarin, cimetidine, phenobarbital, ketoconazole and erythromycin was detected. Rifampicin and fluconazole are reported to reduce the level of the active metabolite. The clinical significance of this interaction has not been studied. The combination of losartan, as well as other agents blocking angiotensin II or its effects, with potassium-sparing diuretics (for example, spironolactone, triamterene, amiloride), potassium supplements or potassium salts can lead to an increase in the level of serum potassium. NSAIDs (including selective COX-2 inhibitors) can reduce the effect of diuretics and other antihypertensive drugs. Therefore, the hypotensive effect of angiotensin II receptor antagonists may be attenuated with simultaneous use with NSAIDs (including COX-2 inhibitors). In some patients with impaired renal function who received NSAID therapy (including COX-2 inhibitors), treatment with angiotensin II receptor antagonists can cause further deterioration of renal function, including acute renal failure, which is usually reversible. The antihypertensive effect of losartan, like other antihypertensive drugs, may be weakened by taking indomethacin.

- Hydrochlorothiazide With simultaneous use of thiazide diuretics with barbiturates, opioid analgesics, ethanol, an increased risk of orthostatic hypotension may be increased. With simultaneous use may require dose adjustment hypoglycemic agents (for oral administration and insulin). When using hydrochlorothiazide with other antihypertensive agents, an additive effect is observed. In the presence of anionic exchange resins, the absorption of hydrochlorothiazide is impaired. Kolestiramine or colestipol in single doses bind hydrochlorothiazide and reduce its absorption from the gastrointestinal tract by 85% and 43%, respectively. The use of corticosteroids, ACTH leads to a marked decrease in the level of electrolytes, in particular, can cause hypokalemia. Perhaps a decrease in the severity of the response to the introduction of pressor amines (eg, epinephrine). Perhaps increased action of muscle relaxants non-depolarizing type of action (for example, tubocurarine). Diuretics reduce the renal clearance of lithium and increase the risk of its toxic action; combined use of diuretics and lithium preparations is not recommended. In some cases, the use of NSAIDs (including selective COX-2 inhibitors) can reduce the diuretic, natriuretic and antihypertensive effects of diuretics. Due to the effect of thiazides on calcium metabolism, their intake may distort the results of a study of the function of the parathyroid glands.

The use of drugs that have a direct effect on the renin-angiotensin system in the second and third trimesters of pregnancy can have a teratogenic effect and cause fetal death.Immediately after the pregnancy is established, Hyzaara should be stopped.

Adequate and strictly controlled clinical studies of the safety of the use of Hyzaar during pregnancy was not conducted.

Experimental studies on animals have shown that the use of losartan can have a teratogenic effect and cause death of the fetus and newborn, which is probably due to the effect of this active substance on the renin-angiotensin system.

In the human fetus, renal perfusion, which depends on the development of the renin-angiotensin system, begins in the second trimester; thus, the risk of impaired development and fetal death increases with the use of Hyzaar in the II or III trimesters of pregnancy.

Thiazides penetrate the placental barrier and are detected in cord blood. Routine use of diuretics in pregnant women without comorbidities is not recommended, because This increases the risk of adverse events in the mother and fetus such as fetal jaundice and jaundice in newborns, thrombocytopenia, and possibly other adverse reactions that occur in adults. Diuretics do not prevent the development of toxicosis of pregnancy, while there is no convincing evidence that they have a positive effect on the course of toxicosis.

- Precautions for losartan There are reports that a number of patients taking the drug, in connection with the suppression of the function of the renin-angiotensin system, were observed changes in renal function, including renal failure; these changes were reversible and disappeared after discontinuation of therapy. Other agents that affect the renin-angiotensin system can lead to an increase in the urea and creatinine levels in the blood of patients with bilateral renal artery stenosis and arterial stenosis of a single kidney. Similar effects were observed while taking losartan; These changes in renal function were reversible and disappeared after discontinuation of therapy.

- Precautions for hydrochlorothiazide. As with all antihypertensive agents, symptomatic hypotension may occur in some patients. Patients should be monitored for the timely detection of clinical signs of impaired water and electrolyte balance, for example, dehydration, hyponatremia, hypochloraemic alkalosis, hypomagnesemia, or hypokalemia that may develop during intercurrent diarrhea or vomiting. In such patients, control of serum electrolytes is necessary. Thiazide therapy can lead to impaired glucose tolerance. In some cases, it may be necessary to adjust the dose of hypoglycemic agents (including insulin). Thiazides can reduce the excretion of calcium in the urine and cause an episodic and insignificant increase in the serum calcium level. Severe hypercalcemia may indicate latent hyperparathyroidism.Thiazide diuretic should be canceled before the study of the functions of the parathyroid glands. Increased blood cholesterol and triglycerides may also be associated with thiazide diuretic therapy. In some patients, the administration of thiazide diuretics can lead to hyperuricemia and / or the development of gout. Since losartan reduces uric acid levels, its combination with hydrochlorothiazide reduces the severity of diuretic hyperuricemia. In patients receiving thiazides, hypersensitivity reactions can be observed even in the absence of indications of allergies or bronchial asthma in history. There are reports of the development of worsening or progression of SLE in patients receiving thiazide diuretics. When analyzing the entire population of patients included in the LIFE study (Losartan Intervention for Endpoint Reduction in Hypertension), the effect of losartan on reducing the frequency of the end points in patients with arterial hypertension, n = 9193 vascular death, stroke, and myocardial infarction) by 13% (p = 0.021) compared with atenolol. However, patients of the Negroid race who received atenolol had a lower risk of developing the events of the primary combined endpoint compared with black patients who received Losartan (p = 0.03).

- Use in pediatrics There are no data on the efficacy and safety of Hyzaar use in children, so the use of this category of patients is not recommended.

Data on the specific treatment of Hyzaara overdose are not available. The drug should be stopped, the patient should be monitored. Symptomatic therapy is shown - induction of vomiting if the drug is taken recently, as well as the elimination of dehydration, electrolyte abnormalities, hepatic coma and a decrease in blood pressure by standard methods.

Data on overdose of losartan in humans is limited. The most likely symptoms of overdose are marked reduction in blood pressure and tachycardia; bradycardia may be due to parasympathetic (vagal) stimulation.

Treatment: in case of symptomatic arterial hypotension, supportive therapy is indicated. Losartan and its active metabolite are not excreted by hemodialysis.

The most common symptoms of hydrochlorothiazide overdose are due to electrolyte deficiency (hypokalemia, hypochloremia, hyponatremia) and dehydration due to excessive diuresis. With simultaneous intake of cardiac glycosides, hypokalemia may aggravate the course of arrhythmias. It has not been established to what extent hydrochlorothiazide can be removed from the body through hemodialysis.

Studies and clinical trials of Hydrochlorothiazide, Losartan (Click to expand) 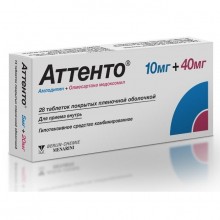 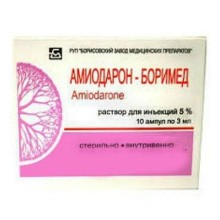 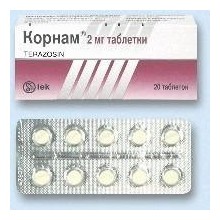 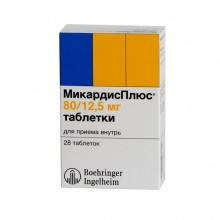 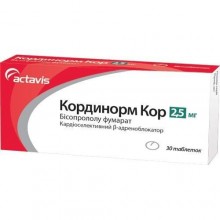 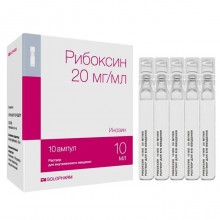 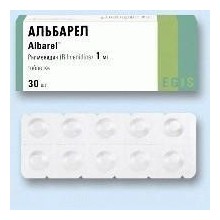 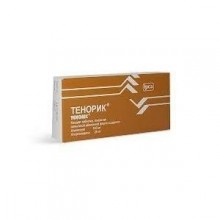