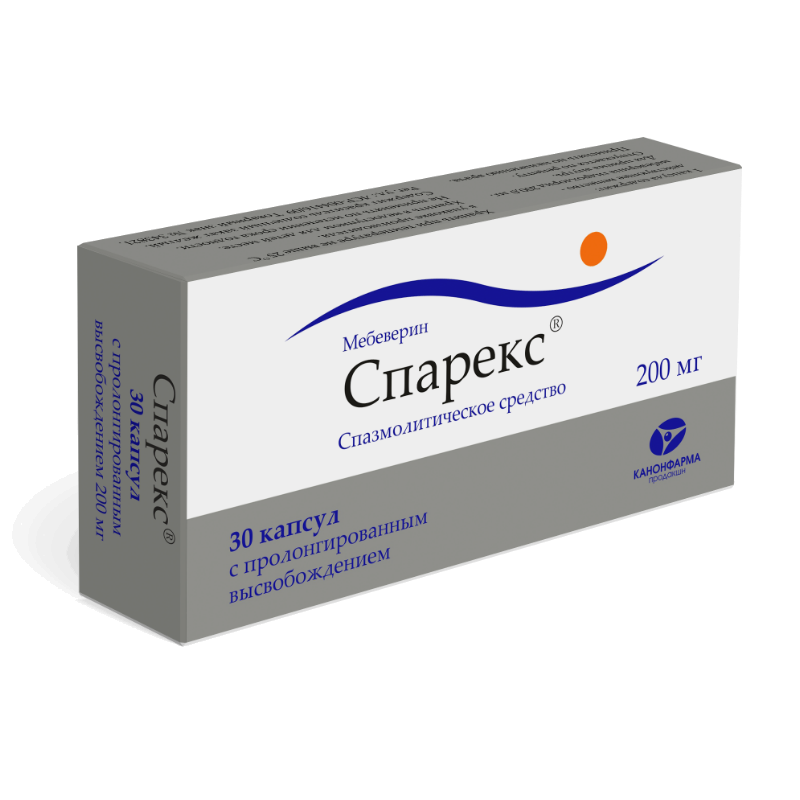 Sparex - myotropic antispasmodic action, has a direct effect on the smooth muscles of the gastrointestinal tract (mainly the large intestine). Eliminates spasm without affecting the normal intestinal motility. Inhibits phosphodiesterase. Stabilizes the level of cyclic adenosine monophosphoric acid. Does not possess anticholinergic action.

In adults
Spasm of the gastrointestinal tract (including caused by an organic disease), intestinal colic, biliary colic, irritable bowel syndrome.

In children older than 12 years
Functional disorders of the gastrointestinal tract, accompanied by abdominal pain.

Mebeverine is marketed under different brands and generic names, and comes in different dosage forms:

Capsules need to be swallowed, drinking plenty of water (at least 100 ml). Capsules should not be chewed, since their shell provides a long-term release of the drug.

The duration of the drug is not limited.

If the patient has forgotten to take one or more doses, the drug should be continued with the next dose. One or more missed doses should not be taken in addition to the usual dose.

Use in special patient groups

Dose adjustment is not required for elderly patients, patients with hepatic and / or renal insufficiency.

The reported side effects were spontaneous and there is not enough data available to accurately estimate the frequency of cases.

Allergic reactions were observed mainly on the part of the skin, but other manifestations of allergy were also noted.

On the part of the skin and subcutaneous tissues: urticaria, angioedema, including the face, exanthema.

On the part of the immune system: hypersensitivity reactions (anaphylactic reactions).

Hypersensitivity to any component of the drug.

Age up to 18 years (due to the lack of data on efficacy and safety).

Pregnancy (due to lack of data), breastfeeding period.

Conducted only studies on the interaction of Mebeverine with ethanol. Animal studies have demonstrated the absence of any interaction between Mebeverine and ethanol.

There are only very limited data on the use of Mebeverine in pregnant women. The drug is not recommended for use during pregnancy.

Information on the excretion of Mebeverine or its metabolites in breast milk is not enough. Do not take the drug during breastfeeding.

Clinical data on the effect of the drug on fertility in men or women are not available, however, animal studies have not demonstrated adverse effects of the drug.

Niaspam does not affect the ability to drive and engage in potentially hazardous activities that require increased concentration and psychomotor speed.

Symptoms: theoretically, in case of an overdose, the excitability of the central nervous system may increase. In cases of overdose of Mebeverine, the symptoms were either absent or insignificant and, as a rule, quickly reversible. The observed symptoms of overdose were neurological and cardiovascular.

Treatment: symptomatic treatment is recommended. Gastric lavage is necessary only if intoxication is detected within approximately one hour after taking several doses of the drug. Absorption reduction measures are not required. The specific antidote is unknown.

Studies and clinical trials of Mebeverine (Click to expand) 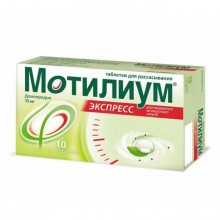 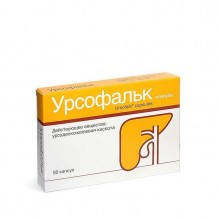