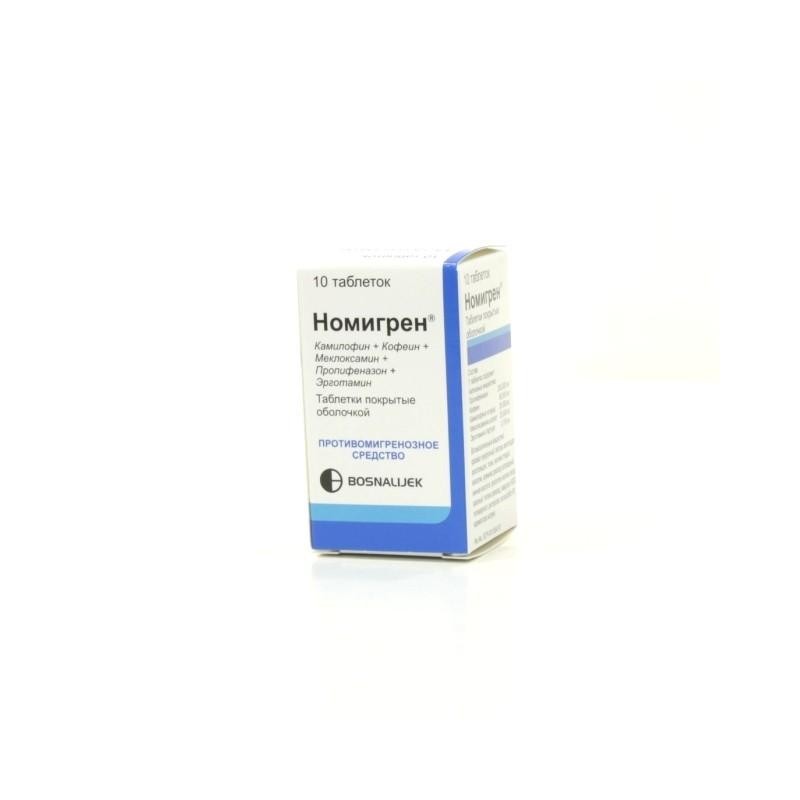 The combined drug has anti-migraine, antispasmodic analgesic effect.
Ergotamine, an ergot alkaloid, is a partial serotonin receptor agonist that blocks 5-HT1A-1D receptors indiscriminately. For ergotamine characteristic alpha-blocking activity in combination with a pronounced direct vasoconstrictor effect on the smooth muscles of peripheral and cerebral vessels. In this regard, against the background of the action of ergotamine, the tonic effect on the peripheral and cerebral vessels prevails, which has therapeutic value when arresting migraine attacks.
Propifenazone has an analgesic effect.
Caffeine accelerates the absorption of ergotamine and enhances its therapeutic effect. Also, caffeine has a tonic effect on the brain vessels.
Camilofin has a spasmolytic effect, eliminating the initial vasospasm in the prodromal phase of a migraine attack.
Mecoxamine has anticholinergic, antihistamine, moderately sedative and antiemetic effects.

After oral administration, ergotamine is absorbed to a small extent from the gastrointestinal tract.

Bioavailability is low due to intensive metabolism during the "primary passage" through the liver.

The major metabolites are excreted through the intestines with bile.

About 4% is excreted by the kidneys with urine unchanged.

Ergotamine elimination is biphasic. The half-life (T 1/2 ) in the final phase -21ch.

Caffeine is well absorbed in the intestines (including fat). T 1/2 is about 5 hours. About 10% is excreted by the kidneys unchanged.

After ingestion, about 25% of propifenazone undergoes metabolism during “primary passage” through the liver, the volume of distribution is 0.4 l / kg, the maximum plasma concentration is reached within 30–40 minutes. Maximum effect - after 90 minutes, T 1/2 -from 2.1-2.4 h, excreted by the kidneys with urine.

Acute migraine attacks (including those accompanied by aura) and migraine-like headaches of vascular genesis.

For oral use.
Nomigren should be taken at the very beginning of the attack.
For the first dose, the recommended dose is 1-2 pills by mouth, with water, if after 30 minutes there is no improvement in the condition, you should take another 1-2 pills.
The maximum daily dose of not more than 4 pills, the maximum dose for a week is not more than 10 pills.
The drug is not recommended for a long time: after 7 days of use in cases requiring more prolonged treatment, they take a break for 3-4 days.

From the side of the central nervous system (CNS)

Sleep disturbance, irritability, with prolonged use may develop addiction.

Since the cardiovascular system

Transient tachycardia, ECG changes, increased blood pressure (BP), pain in the heart, bradycardia, muscle pain, reduced pulsation in the limbs, paresthesia in the limbs (most of these effects are associated with an increase in peripheral vascular tone).

From the digestive system

Amantadine, quinidine and tricyclic antidepressants potentiate the effect of the drug.

Nomigrene enhances the effect of ethanol and sedatives.

Alpha-adrenostimulyatory, beta-blockers and nicotine enhance the vasoconstrictor effect of the drug.

It can not be prescribed simultaneously with vasoconstrictor drugs, because it can lead to life-threatening arterial hypertension.

With simultaneous use with serotonin agonists (including sumatriptan) increases the risk of prolonged vasospastic reactions.

With simultaneous use with antibiotics of the macrolide group (including with erythromycin) it is possible to increase the concentration of ergotamine in the blood plasma.

The use of the drug Nomigren contraindicated in pregnancy (due to its effect of stimulating the uterus).

The use of the drug during lactation is not recommended, as ergotamine and caffeine penetrate into breast milk in sufficient quantities (there is a risk of ergotism in the child).

If necessary, the use of the drug during lactation, breastfeeding should be stopped.

Do not use the drug in order to prevent a migraine attack!

When systematically taking ergotamine-containing drugs, the patient should be warned about the need to strictly adhere to the prescribed doses in order to avoid the development of ergotism phenomena: peripheral vasospasm - loss of sensitivity, paresthesia, tingling sensation in the limbs, pain in the lower limbs, cyanosis (especially of the fingers), marked reduction pulsations, as well as disorders of the central nervous system - dizziness, stupor, coma convulsions.

If symptoms such as numbness of the tips of the fingers of the hands or feet, pain in the heart area, acceleration or slowing of the heartbeat, take the drug should be stopped immediately and consult a doctor.

Nomigren can affect the patient's psychophysical abilities, especially when taken simultaneously with alcohol or drugs that depress the central nervous system. You can not drive vehicles and work with potentially dangerous machinery for 2-3 hours after taking the Nomigren drug.

5 other products in the same category: 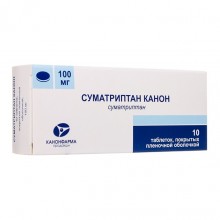 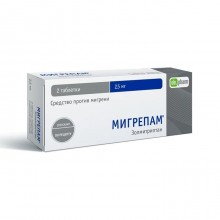 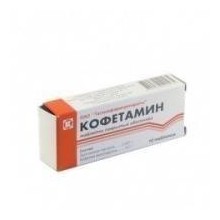 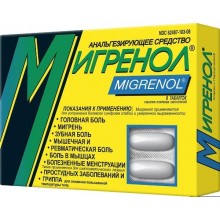 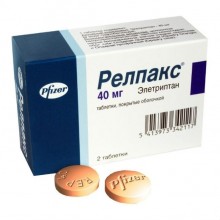