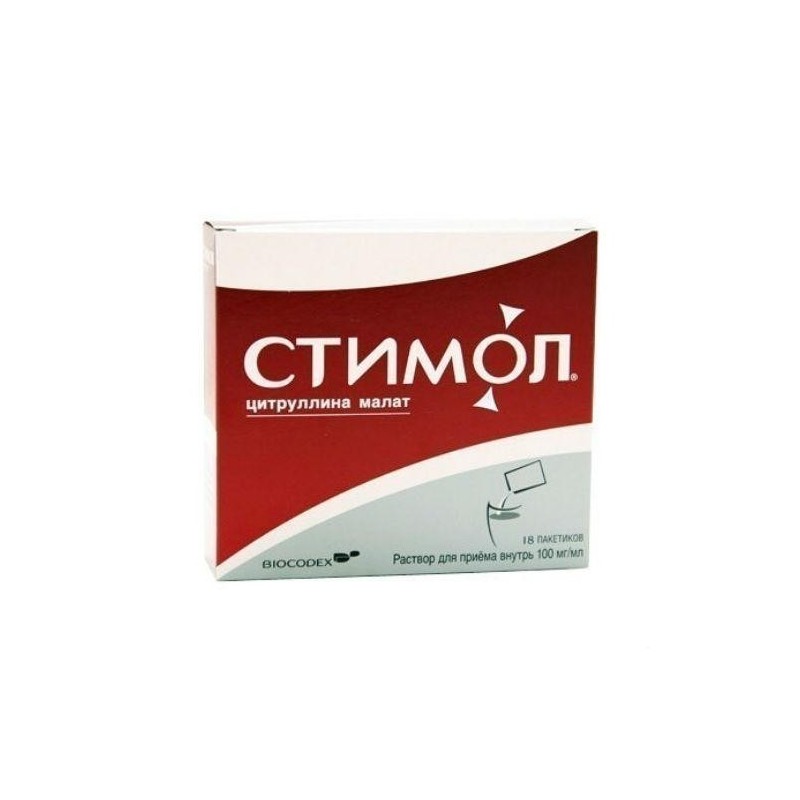 Citrulline is an amino acid that participates in the ammonia neutralization cycle occurring in the liver, which is formed as a result of the breakdown of nitrogen-containing compounds. Urea is formed in the liver from ammonia. Citrulline is built into the urea cycle, increases the excretion of ammonium ions.

Malate is involved in the Krebs cycle and gluconeogenesis, reduces the concentration of lactate in the blood, helps to normalize the metabolism, activates non-specific protective factors of the body.

PHARMACOKINETICS: the drug is rapidly absorbed from the gastrointestinal tract, the peak plasma concentration is reached on average after 50 minutes. Quickly derived from plasma. After 6 hours, the plasma concentration is close to physiological. Since the active ingredient is involved in the processes of cellular metabolism, only small amounts of it are found in the urine.

used in the symptomatic treatment of functional asthenia: asthenic syndrome, fatigue, increased fatigue, during the period of recovery from illness.

DESCRIPTION: colorless or yellowish liquid with an orange smell.

STIMOL® should be taken with meals, mixing the contents of the bag with about 100 ml of water, normal or sweetened. The course of taking the drug 10-12 days. Repeated courses are possible after a break (1-3 months) or on the recommendation of a doctor.

In some cases, at the beginning of treatment, transient pain in the stomach, allergic reactions may occur.

data on any drug interactions are missing.

use of STIMOL® during pregnancy or lactation is justified if the expected benefit outweighs the potential risk.

each bag contains about 30 mg of sodium. This should be taken into account for patients on a salt-free diet.

Since the drug contains no sugar, it can be taken by patients with diabetes.

Experience to date indicates that even extremely high doses (single intake of 375 mg) do not necessarily cause severe symptoms.

Studies and clinical trials of Citrulline Malate (Click to expand)