Voriconazole is a broad-spectrum antifungal medication that belongs to the group of antibiotics with a triazole structure.

The mechanism of action of voriconazole is associated with inhibition of demethylation of 14α-sterol mediated by fungal cytochrome P450; This reaction is a key step in ergosterol biosynthesis.In vitro voriconazole has a broad spectrum of antifungal activity againstCandida spp. (including strainsS. krusei, resistant to fluconazole and resistant strainsC. glabrata andC. albicans), and also shows a fungicidal effect on all studied strainsAspergillus spp. and pathogenic fungi that have become relevant recently, including Scedosporium orFusarium which are limited in sensitivity to existing antifungal agents. Clinical efficacy has been demonstrated in infections caused by Aspergillus spp., includingA. flavus, A. fumigatus, A. terreus, A. niger, A. nidulans; Candida spp., includingC. albicans, C. glabrata, S. krusei, C. parapsilosis, and C. tropicalis, as well as for a limited number of strainsS. dubliniensis, S. inconspicua andS. guilliermondii, Scedosporium spp., includingS. apiospermum, S. prolificans andFusarium spp.

In vitro voriconazole activity was detected in relation toCurvularia spp. andSporothrix spp., however, its clinical significance is unknown.

The pharmacokinetics of voriconazole were studied in healthy people, members of special groups and patients. The pharmacokinetics of voriconazole is nonlinear due to the saturation of its metabolism. As the dose is increased, a disproportionate (more pronounced) increase in AUC (area under the concentration-time curve) is observed. According to calculations, an increase in the oral dose from 200 mg 2 times a day to 300 mg 2 times a day leads to an increase in AUCτ on average 2.5 times. With oral injection of shock doses, plasma concentrations approach equilibrium within the first 24 hours. If the patient does not receive a loading dose, then with repeated use of voriconazole 2 times a day, the drug cumulates, and equilibrium plasma concentrations are reached by the 6th most patients. Voriconazole is rapidly and almost completely absorbed after ingestion; Cmax Achieved 1–2 hours after administration. Bioavailability of voriconazole when administered is 96%. Repeated voriconazole intake with fatty foods Cmax and AUCτ reduced by 34 and 24% respectively. The absorption of voriconazole does not depend on the pH of the gastric juice. The estimated volume of voriconazole distribution in the equilibrium state is 4.6 l / kg, which indicates a wide distribution of the drug in the tissue. Plasma protein binding is 58%. Voriconazole is determined in the cerebrospinal fluid.

The pharmacokinetics of voriconazole is characterized by high interindividual variability. Researchin vitro have shown that voriconazole is metabolized by the action of the hepatic isoenzymes of cytochrome P450 - CYP2C19, CYP2C9 and CYP3A4. Researchin vivo also suggest that CYP2C19 plays an important role in the metabolism of voriconazole. This enzyme exhibits genetic polymorphism. For example, a reduced metabolism of voriconazole can be expected in representatives of 15–20% of the Asiatic and 3-5% of the Caucasoid and Negroid races. Studies in Caucasians and Japanese have shown that in patients with low AUC metabolismτ voriconazole is on average 4 times higher than in homozygous patients with active metabolism. In heterozygous patients with active AUC metabolismτvoriconazole is on average 2 times higher than that of homozygous. The main metabolite of voriconazole is N-oxide, which accounts for 72% of the circulating labeled metabolites in plasma. This metabolite has minimal antifungal activity and does not contribute to the overall effect of voriconazole.Voriconazole is excreted by metabolism in the liver, less than 2% of the drug dose is excreted unchanged in the urine. After repeated IV and oral administration of labeled voriconazole, approximately 80% and 83% of the radioactive dose are detected in the urine, respectively. Most (> 94%) of the total dose is eliminated during the first 96 hours after oral administration and / in use. Terminal T1/2 voriconazole depends on the dose and is approximately 6 hours when taking the drug orally at a dose of 200 mg. Due to the nonlinearity of pharmacokinetics terminal T1/2 does not allow to predict cumulation or elimination of voriconazole.

Age. Repeated oral administration Cmax and AUCτ in healthy older men (≥65 years), 61 and 86%, respectively, higher than in healthy young men (18–45 years). Significant Differences Cmax and AUCτhealthy elderly women (≥65 years) and healthy young women (18–45 years old) do not. The safety of voriconazole in young and elderly patients is the same, and therefore dose adjustment in the elderly is not required. The average equilibrium plasma concentrations of the drug in children receiving the drug at a dose of 4 mg / kg every 12 hours are comparable to those in adults receiving voriconazole at a dose of 3 mg / kg every 12 hours. The average concentration was 1186 ng / ml in children and 1155 ng / ml in adults. In this regard, the recommended maintenance dose for children aged 2 to 12 years is 4 mg / kg every 12 hours.

Applied orally or parenterally in the form of infusion.
The dose is set individually, depending on the evidence, the age and body weight of the patient, the treatment regimen.

Adequate and strictly controlled studies on the safety of voriconazole during pregnancy have not been conducted. In experimental studies on animals, it was found that voriconazole in high doses has a toxic effect on reproductive function. The possible risk to the person is not known.
Excretion of voriconazole in breast milk has not been studied.
Voriconazole should not be used during pregnancy and lactation, except in cases where the expected benefit to the mother outweighs the potential risk to the fetus or infant.
During the period of treatment, women of reproductive age should use reliable methods of contraception.

To be used with caution in patients with severe hepatic insufficiency, with severe renal insufficiency (when administered parenterally), as well as in case of hypersensitivity to other drugs - azoles derivative.
Before treatment, correction of electrolyte disorders (hypokalemia, hypomagnesaemia and hypocalcemia) is required.
Sampling for culture and other laboratory tests (serological, histopathological) for the purpose of isolating and identifying pathogens should be carried out before the start of treatment. Therapy can be started before obtaining the results of laboratory tests, and then, if necessary, adjusted.
The use of voriconazole can lead to prolongation of the QT interval on the ECG, which is accompanied by rare cases of ventricular fibrillation-flutter in patients with multiple risk factors (cardiotoxic chemotherapy, cardiomyopathy, hypokalemia, and concomitant therapy that could contribute to the development of adverse cardiovascular events). In patients with these potentially proarrhythmic conditions, voriconazole should be used with caution.
During treatment, liver function should be regularly monitored (if clinical signs of liver disease appear, the appropriateness of stopping therapy), kidney function (including serum creatinine level) should be discussed.
With the progression of dermatological reactions, the drug should be canceled.
During treatment, patients receiving voriconazole should avoid exposure to the sun and UV radiation.
With simultaneous use of voriconazole in patients receiving cyclosporine and tacrolimus, the dose of the latter should be adjusted and their plasma concentration should be monitored. After discontinuation of voriconazole, plasma concentrations of cyclosporine and tacrolimus should be estimated and, if necessary, increased their dose.
If necessary, the combined use of voriconazole and phenytoin should carefully evaluate the perceived benefits and potential risk of combination therapy and constantly monitor the level of phenytoin.
If necessary, the combined use of voriconazole and rifabutin should carefully evaluate the intended benefits and potential risks of combination therapy and carry it out under the control of the peripheral blood picture, as well as other possible undesirable effects of rifabutin.
The safety and efficacy of voriconazole in children under 2 years of age have not been established.
Influence on ability to drive motor transport and control mechanisms
Since voriconazole can cause transient visual impairment, including blurred vision, impaired / enhanced visual perception and / or photophobia, when such reactions occur, patients should not engage in potentially hazardous activities, such as driving or using complex equipment. Against the background of the use of voriconazole, patients should not drive a car in the dark.

Studies and clinical trials of Voriconazole (Click to expand) 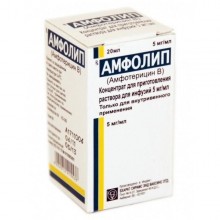 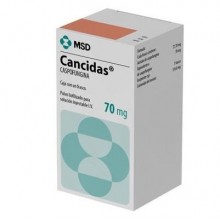 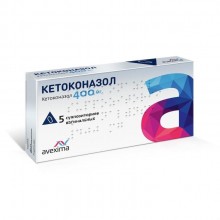 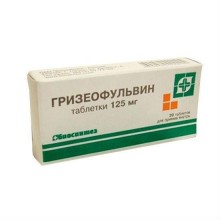 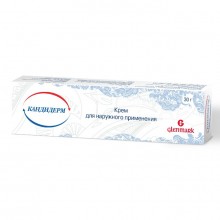