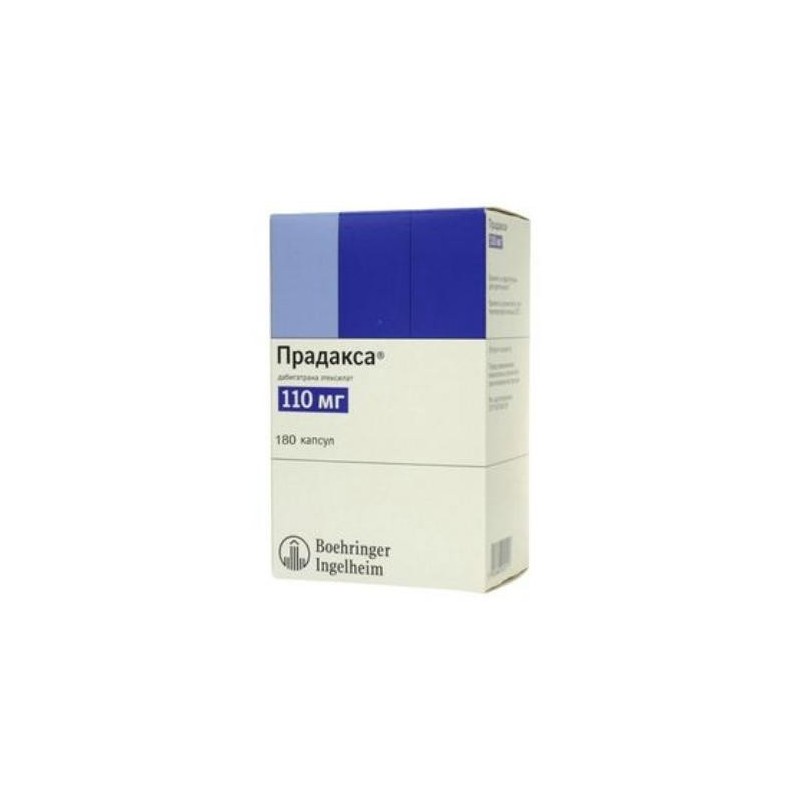 Pradaxa - dabigatran etexilate is a low molecular weight prodrug that does not possess pharmacological activity. After ingestion, it is rapidly absorbed and, by hydrolysis catalyzed by esterases, is converted to dabigatran. Dabigatran is an active, competitive, reversible direct inhibitor of thrombin and has an effect mainly in plasma.

Since thrombin (serine protease) converts fibrinogen to fibrin in the process of coagulation cascade, the suppression of its activity prevents the formation of thrombus. Dabigatran inhibits free thrombin, fibrin-binding thrombin and thrombin-induced platelet aggregation.

In vivo and ex vivo in animal studies using various models of thrombosis, antithrombotic efficacy and anticoagulant activity of dabigatran after intravenous administration and dabigatran etexilate after oral administration have been demonstrated.

A close correlation between the concentration of dabigatran in plasma and the severity of the anticoagulant effect was revealed. Dabigatran lengthens activated partial thromboplastin time (APTT).

- prevention of venous thromboembolism in patients after orthopedic operations;

- prevention of stroke, systemic thromboembolism and reduction of cardiovascular mortality in patients with atrial fibrillation;

- treatment of acute deep vein thrombosis and / or pulmonary thromboembolism and prevention of deaths caused by these diseases;

- prevention of recurrent deep vein thrombosis and / or pulmonary thromboembolism and deaths caused by these diseases.

The composition of the capsule shell: a capsule of hypromellose (HPMC) with an overprint in black ink - 70 * mg.

Dabigatran etexilate is marketed under different brands and generic names, and comes in different dosage forms:

The drug is for oral use.

For adultsprevention of venous thromboembolism (BT) in patients after orthopedic surgery, the recommended dose is 220 mg / day once (2 capsules. 110 mg each).

In patients with moderately impaired renal function, the risk of bleeding is increased, the recommended dose is 150 mg / day once (2 capsules, 75 mg each).

For prevention of VT after hip arthroplasty Treatment should begin within 1-4 hours after completion of the operation with a dose of 110 mg, followed by increasing the dose to 220 mg / day once during the next 28-35 days. If hemostasis is not achieved, treatment should be postponed. If treatment does not start on the day of surgery, therapy should be started with a dose of 220 mg / day once.

Patients with severely impaired liver function (class B and C on the Child-Pugh scale) or with liver diseases that may have an effect on survival, or with a more than 2-fold increase in VGN of hepatic enzymes were excluded from clinical studies. In this regard, the use of Pradaxa in this category of patients is not recommended.

Possible bleeding of any localization. Extensive bleeding is rare. The development of undesirable reactions was similar to the reactions in the case of the use of enoxaparin sodium.
From the hemopoietic system: anemia, thrombocytopenia.
From the blood coagulation system: hematoma, bleeding of wounds, nose bleeding, gastrointestinal bleeding, rectal bleeding, hemorrhoidal bleeding, skin hemorrhagic syndrome, hemarthrosis, hematuria.
From the digestive system: dysfunction of the liver, increased activity of hepatic transaminases, hyperbilirubinemia.
From the laboratory indicators: reduction of hemoglobin and hematocrit
Local reactions: bleeding from the injection site, bleeding from the injection site of the catheter.
Complications associated with the procedures and surgical interventions: bloody wound discharge, hematoma after procedures, bleeding after procedures, postoperative anemia, post-traumatic hematoma, bloody discharge after procedures, bleeding from the incision site, drainage after the procedure, drainage of the wound.
The frequency of the observed undesirable reactions when taking dabigatran etexilate did not go beyond the range of the frequency of undesirable reactions that develop when using enoxiparin sodium.

- abnormal liver function and liver diseases that may affect survival;

- damage to the organs as a result of clinically significant bleeding, including hemorrhagic stroke during the previous 6 months before the start of therapy;

- known hypersensitivity to dabigatran or dabigatran etexilate or to one of the excipients.

Combined use of PRADAXA® with drugs that affect hemostasis or coagulation processes, including vitamin K antagonists, can significantly increase the risk of bleeding.
Dabigatran etexilate and dabigatran are not metabolized with the participation of the cytochrome P450 system and do not affect in vitro the human cytochrome P450 enzymes. Therefore, when combined with PRADAXA®, drug interactions are not expected.
Atorvastatin: when used together with atorvastatin, the interaction is not observed.
Diclofenac: with the combined use of the pharmacokinetics of diclofenac and dabigatran etexilate does not change, indicating that their interaction is insignificant.
The use of NSAIDs to reduce pain after surgery for a short time did not increase the risk of bleeding.
There is limited experience with the use of PRADAXA® in combination with the long-term systematic administration of nonsteroidal anti-inflammatory drugs (NSAIDs), and therefore careful monitoring of the condition of the patients is required.
Digoxin: pharmacokinetic interaction of this combination was not detected.
Pantoprazole: AUC reduction of approximately 30% has been established. In clinical studies, no effect of the combination of Pantoprazole or other proton pump inhibitors and PRADAXA® on the development of bleeding or pharmacological effects was detected.
Ranitidine: when combined with PRADAXA®, the degree of absorption of dabigatran does not change.
Interaction at the conveyor level:
Amiodarone: when PRADAXA® and amiodarone are used together, the rate and extent of absorption of the latter and the formation of its active metabolite, dezethylamodarone, does not change. AUC and Cmax increased by 60% and 50%, respectively.
With the joint use of dabigatran etexilate and amiodarone, it is necessary to reduce the dose of PRADAXA® to 150 mg per day. Due to the long half-life of amiodarone, potential drug interactions may persist for several weeks after discontinuation of amiodarone.
P-glycoprotein inhibitors:
Care should be taken when using PRADAXA® together with active P-glycoprotein inhibitors, such as, for example, verapamil, clarithromycin.
Repeated administration of verapamil over several days led to an increase in the concentration of dabigatran by 50-60%. This effect can be reduced by prescribing dabigatran at least two hours before taking verapamil.
Simultaneous use of PRADAXA® with quinidine is contraindicated.
Inductors P-glycoprotein:
Potential inducers such as rifampicin and St. John's wort herb extract may reduce the effect of dabigatran. Care should be taken when sharing dabigatran with similar drugs.
When combined use of dabigatran with antacids and means that inhibit gastric secretion, changes in the dose of dabigatran is not required.
No interaction of dabigatran with the most commonly used drugs was found: opioid analgesics, diuretics, paracetamol, nonsteroidal anti-inflammatory drugs, cyclooxygenase 2 inhibitors, hydroxymethylglutaryl-coenzyme A reductase inhibitors; drugs that reduce cholesterol / triglycerides (not related to statins), angiotensin II receptor blockers, ACE inhibitors, beta-adrenergic receptor blockers; calcium channel blockers; prokinetics; benzodiazepine derivatives.

Risk of hemorrhage: Unfractionated heparin can be used to preserve the function of the central venous or arterial catheter.
It should not be used simultaneously with the drug PRADAXA®:
unfractionated heparins or its derivatives, low molecular weight heparins, fondaparinux sodium, desirudin, thrombolytic agents, GPIIb / IIIa receptor antagonists, clopidogrel, ticlopidine, dextran, sulfinpyrazone and vitamin K antagonists.
The combined use of PRADAXA® in the doses recommended for treating deep vein thrombosis and acetylsalicylic acid in doses of 75-320 mg increases the risk of bleeding. Data indicating an increased risk of bleeding associated with dabigatran when PRADAXA® is taken in the recommended dose by patients receiving small doses of acetylsalicylic acid to prevent cardiovascular diseases are not available. However, the available information is limited, so when combined with the use of acetylsalicylic acid in a low dose and PRADAXA®, it is necessary to monitor the condition of the patients in order to
timely diagnosis of bleeding.
Careful observation (for symptoms of bleeding or anemia) should be carried out in cases in which you may increase the risk of developing hemorrhagic complications:
- Recently completed biopsy or injury.
- The use of drugs that increase the risk of hemorrhagic complications. The combination of PRADAXA® with drugs that affect hemostasis or coagulation processes.
- Bacterial endocarditis
Appointment of a NSAID for a short time when used together with PRADAXA® for the purpose of analgesia after operations does not increase the risk of bleeding. There are limited data on the systematic administration of NSAIDs with a half-life of less than 12 hours in combination with PRADAXA®, and there is no evidence of an increased risk of bleeding.
Renal failure: In pharmacokinetic studies, it was shown that patients with a decrease in renal function, including those associated with age, showed an increase in the effectiveness of the drug. In patients with moderately reduced renal function (creatinine clearance 50-30 ml / min), it is recommended to reduce the daily dose to 150 mg per day. PRADAXA® is contraindicated in patients with severe impaired renal function (creatinine clearance Spinal anesthesia / Epidural anesthesia / Lumbar puncture: In the case of traumatic or repeated spinal puncture and prolonged use of an epidural catheter, the risk of spinal bleeding or epidural hematomas can be increased, and the use of an epidural catheter may increase. earlier than 2 hours after removal of the catheter. Such patients should be monitored for the possible identification of neurological symptoms.
Influence on ability to operate mechanisms
The effects of dabigatran etexilate on the ability to drive vehicles and control mechanisms has not been studied.

There is no antidote to dabigatran etexilate or dabigatran.
Using doses of the drug in excess of the recommended, increases the risk of bleeding. If bleeding develops, treatment should be stopped to determine the causes of bleeding. Given the main route of elimination of dabigatran through the kidneys, it is recommended to ensure adequate diuresis. If necessary, surgical hemostasis or transfusion of fresh frozen
plasma
Dabigatran is removed during dialysis; however, clinical experience with this method is missing.

Studies and clinical trials of Dabigatran etexilate (Click to expand) 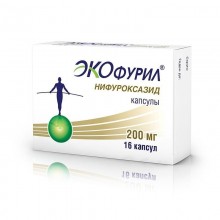 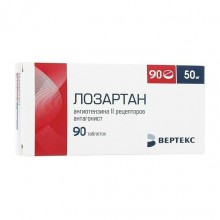 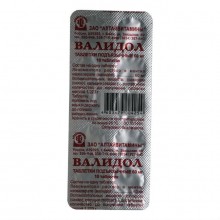 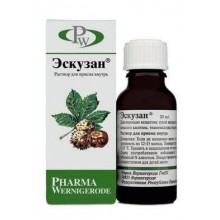 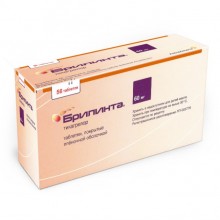 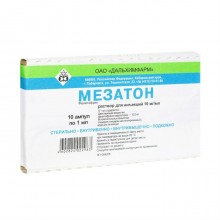 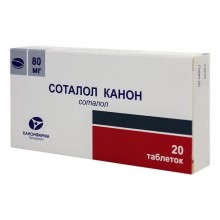 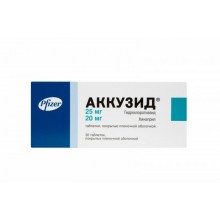 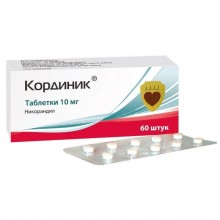