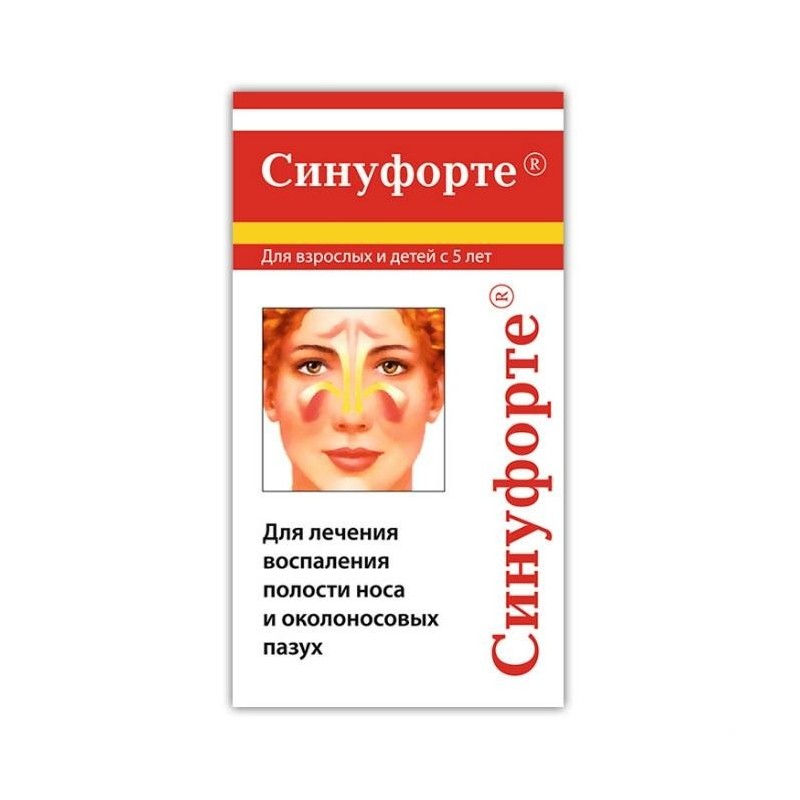 The drug of plant origin for the treatment of inflammatory diseases of the paranasal sinuses (SNPs) and the nasal cavity. The drug affects the sensory receptors of the trigeminal nerve in the area of ​​the middle nasal passage and causes reflex secretion in the mucous membrane of the nasal cavity and SNPS. Stimulated hypersecretion is accompanied by a change in the rheological properties of the secret and the normalization of its viscosity. Reflex hypersecretion in combination with the anti-edema effect of the drug leads to the evacuation of the secret from the sinuses into the nasopharynx and provides physiological drainage of all the sinuses simultaneously.

The drug helps to restore mucociliary transport in the nasal cavity and SNP due to the increased presence of the liquid part of the secretion in the surface layer of mucus.

Sinuforte® enhances blood microcirculation in the nasal mucosa and SNPs. This is due to the fact that parasympathetic stimulation, which activates secretion, also causes vasodilation of the vessels supplying the glands.

Enhanced reflex secretion in the form of serous-mucosal secretions is detected in a few minutes and can last from 30 to 120 minutes, depending on the individual characteristics of the organism.

The effect of Sinuforte® is due to the cumulative effects of the components of cyclamen, the most studied of which are triterpenic saponins. It is not possible to carry out kinetic studies, since the components together cannot be traced using markers or bioassays. For the same reason, it is impossible to detect metabolites of the drug.

- Complex therapy of acute and chronic sinusitis: sinusitis, frontal sinusitis, ethmoiditis and sphenoiditis (in the case of purulent sinusitis, occurring with symptoms of generalization of infection and / or orbital complications, Sinuforte should be used only in combination with antibiotics). With an uncomplicated course of the disease, it is possible to use the drug as a means of monotherapy under the supervision of a physician;

-The period of early postoperative rehabilitation after endoscopic surgical interventions on the paranasal sinuses.

Adults and children over 5 years:

- With each press of the dispenser sprays 0.13 ml (2-3 drops) of the drug, which is about 1.3 mg of the drug (single dose) .- Prepared by the above method, the drug is injected once a day by a single spray in each nasal passage. Pre-recommended to make 2-3 test spray in the air.

- The drug is recommended to be used daily, if necessary, also allowed its use every other day.

- The duration of one course of treatment is 12-16 days with the introduction of the drug every other day or 6-8 days with daily use.

You may experience a feeling of light or moderate burning in the nasal cavity, salivation and / or tearing in response to stimulation of the sensory receptors of the trigeminal nerve.

In some cases, you may experience a reddening of the face, a short headache in the frontal region, or a pale pink color from the nose as a result of capillary diapedesis appears. The above short-term physiological reactions confirm the reflex mechanism of drug action and do not require cessation of treatment.

Allergic reactions (including skin rash, shortness of breath, etc.) are possible. In these cases, it is recommended to stop taking the drug and consult a specialist.

- Increased sensitivity to the components of the drug;

- Cysts of the paranasal sinuses;

- Arterial hypertension of the II-III century;

- Pregnancy and lactation period (safety of use during these periods has not been studied);

-Child age up to 5 years (use in children under 5 years old has not been studied).

It is necessary to refrain from prior administration, as well as the simultaneous use of local anesthetics and / or local decongestants due to a possible violation of the mechanism of action of the drug Sinuforte®.

If necessary, the combination of Sinuforte® with antibacterial drugs is possible and permissible.

Interactions with other drugs have not yet been studied.

During the postoperative rehabilitation period after endoscopic interventions, Sinuforte® is used on the second day to cleanse (reorganize) the paranasal sinuses and the nasal cavity and reduce the swelling of the mucous membrane.

When using, avoid contact with Sinuforte® in the eye due to the presence of an irritating effect of the drug on the mucous membrane of the eye and the possible development of the phenomena of acute conjunctivitis.

It is recommended to hold your breath during drug administration.

Direct spraying of the drug should be carried out with one touch with a vertical position of the head.

Before use, it is recommended to consult an otolaryngologist.

Currently, cases of overdose Sinuforte® were reported. Excess single dose does not lead to an increase in therapeutic effect and can cause a strong burning sensation and pain in the nasopharynx.

If symptoms of overdose appear, symptomatic therapy should be performed: flush the nasal cavity, rinse the throat with warm water and apply antihistamines. 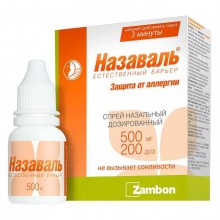 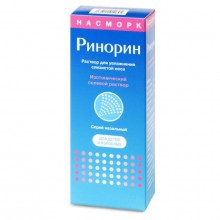 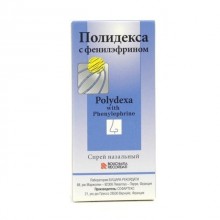 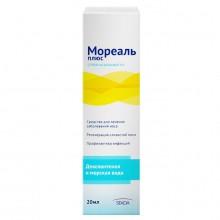 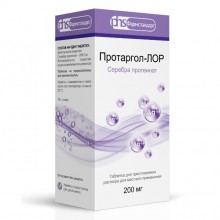 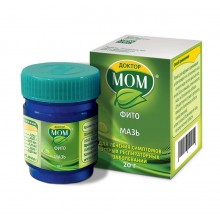 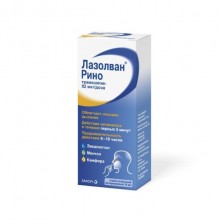 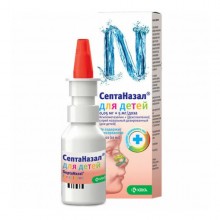