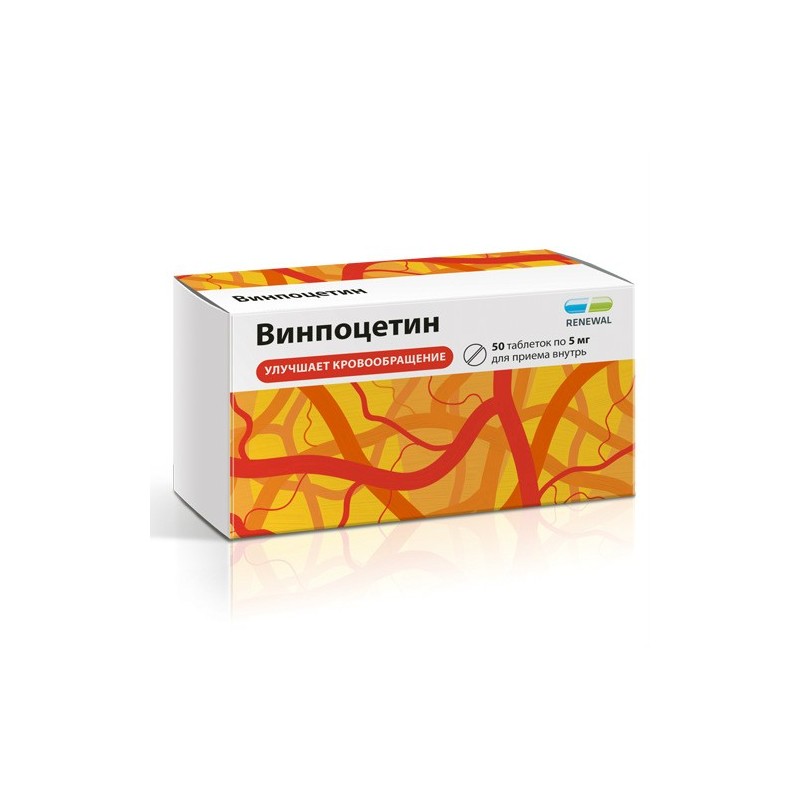 A means of improving cerebral circulation and brain metabolism. Inhibits phosphodiesterase activity, which contributes to the accumulation of cAMP in tissues. It has a vasodilating effect mainly on the vessels of the brain, which is caused by direct myotropic antispasmodic action. Systemic blood pressure drops slightly. It improves blood flow and microcirculation in the brain tissues, reduces platelet aggregation, and contributes to the normalization of the rheological properties of blood. It improves the portability of hypoxia by brain cells, facilitating the transport of oxygen to tissues due to a decrease in the red blood cell affinity for it, enhancing the absorption and metabolism of glucose. Increases the content of catecholamines in brain tissue.

Vinpocetine is marketed under different brands and generic names, and comes in different dosage forms:

The course of treatment and the dose is determined by the attending physician.

Dose adjustment for the elderly, for violations of the liver or kidneys is not required.

To determine the incidence of side effects of the drug used the following classification:

On the part of the organ of vision: rarely - swelling of the optic nerve head; very rarely - conjunctival hyperemia.

From the organ of hearing and balance: infrequently - vertigo; rarely - hyperacusia, hypoacusia, tinnitus.

From the side of blood and lymphatic system: rarely - leukopenia, thrombocytopenia; very rarely - anemia, erythrocyte agglutination.

On the part of the skin and subcutaneous tissue: rarely - hyperemia of the skin, hyperhidrosis, pruritus, urticaria, skin rash; very rarely - dermatitis.

Hypersensitivity to vinpocetine or to any of the components of the drug.

Children under 18 years (due to lack of data).

No interaction was observed when used simultaneously with beta-blockers (pindolol), clopamide, glibenclamide, digoxin, acenocoumarol and hydrochlorothiazide.

Methyldopa can enhance the hyponenzic effect of Vinpocetine, so with their simultaneous use requires systematic monitoring of blood pressure.

Despite the lack of data confirming the possibility of interaction, it is recommended to be cautious with the simultaneous appointment with drugs of central, antiarrhythmic and anticoagulant action.

Vinpocetine crosses the placenta, but the concentration of vinpocetine in the placenta and fetal blood is lower than in the blood of the pregnant woman. No teratogenic and embryotoxic effect was detected. In animal studies with large doses, placental bleeding and spontaneous abortions occurred, presumably as a result of increased placental blood flow.

According to preclinical studies with radioactively labeled Vinpocetine, the concentration in breast milk of newborn animals was 10 times higher than that in the mother’s blood.Within an hour, 0.25% of the received dose of the drug penetrates into breast milk. When deciding whether to breastfeed or refuse treatment with Vinpocetine, the benefit of breastfeeding for the child should be correlated with the benefit of Vinpocetine for the woman. When using the drug must stop breastfeeding.

Effect on the ability to concentrate: during the period of treatment, care must be taken when driving vehicles and engaging in other potentially hazardous activities that require increased concentration and psychomotor reactions.

Studies and clinical trials of Vinpocetine (Click to expand) 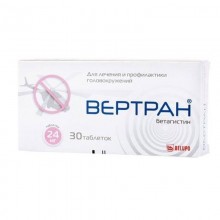